After the tumble yesterday, Bitcoin consolidates near the lows

The digital currency on Coinbase is down about -$30 today...

Yesterday, the price of bitcoin on Coinbase tumbled lower. 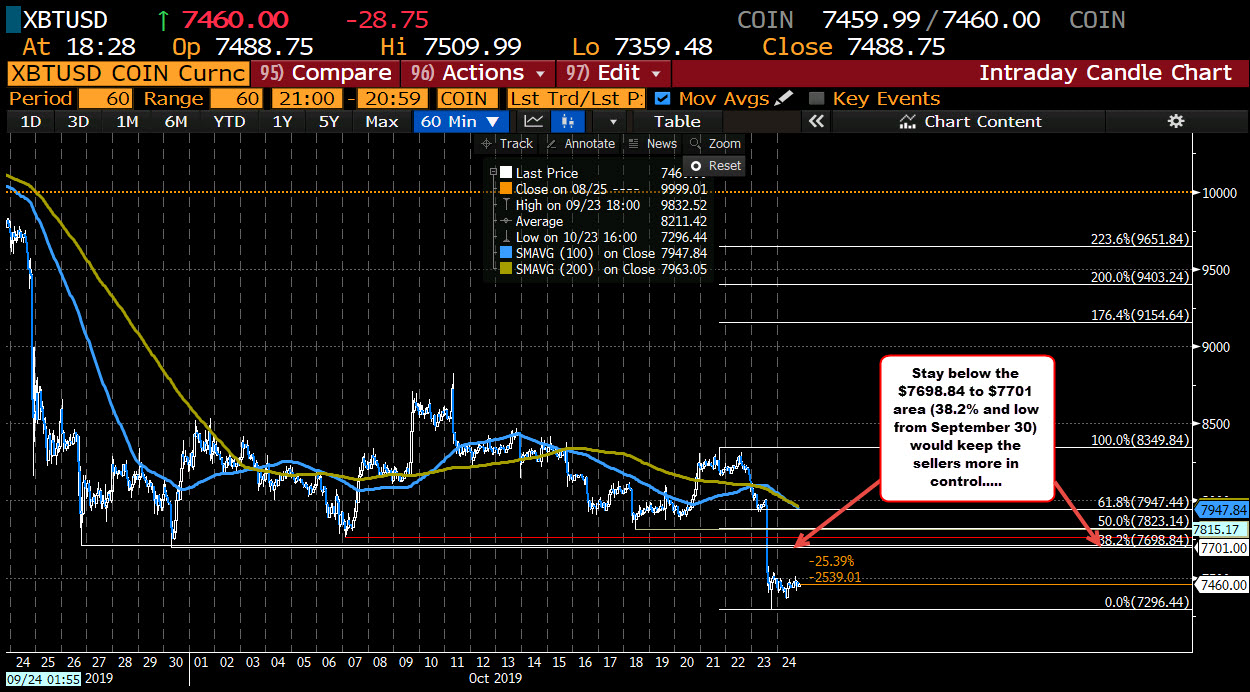 Technically, the digital currency felll below its 100 and 200 hour MAs (blue and green lines in the chart above) and that got the selling ball rolling.  Later, the lows from September and October were broken (the lowest at $7701.00).  Those breaks led to more momentum selling.
The fall did not stop until reaching $7296.44.
Today, the price action is up and down. The high for the day reached up to $7509.99. The low reached $7359.48 (above the low from yesterday).
What would weaken the bearish picture?
The 38.2% of the move down from the high this week, comes in at $7698.84. The swing low from September 30 comes in at $7701.  If the price can stay below that area, the sellers remain in firm control.
Taking a broader look at the daily chart below, the next target comes in at $7231.40. That is the 61.8% of the move up from the December 2018 low.  The low from yesterday got close to that target at $7296.44. As a result, there may be some buyers leaning against that level on dips (with stops on a break below).   Below that level is a lower trend line at $7196. 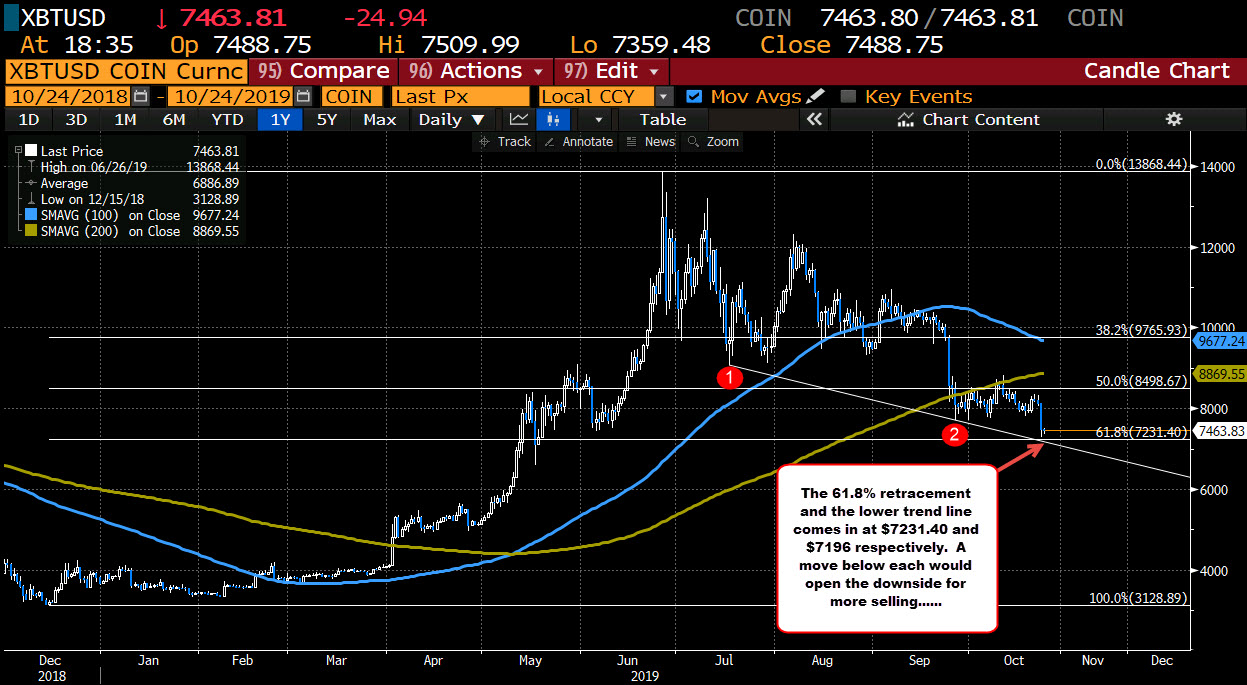