What a spectacular run 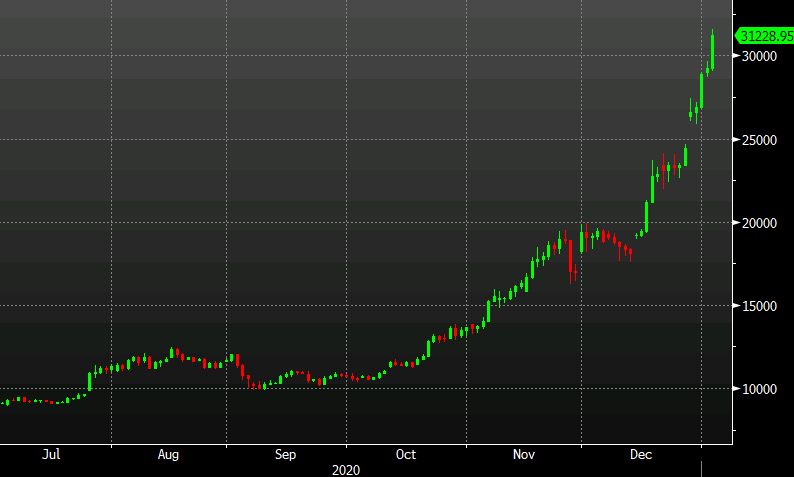 Bitcoin has been the big winner of the holiday season and it just keeps on going. I sat down to write this post when it hit $30,000 and it's already at $31,000.
In late November, when bitcoin was trading at $18,000 I wrote about the bullish seasonal backdrop in December and highlighted $36,000 as a technical target.
What's forgotten about the 2017 rally was how quickly the last stage developed. It went from $6000 in mid-November to $19,000 on Dec 17.
The shape of this rally was more of a steady bid until mid-December but it's just now going parabolic so I don't think it's out of the realm of possibility to see a straight-shot move to $50,000 or even $60,000.