Regulators are looking at celebrity endorsements of fraudulent ICOs 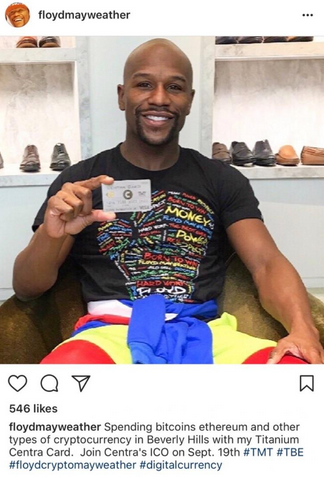 Floyd Mayweather gave himself the nickname 'money' but that doesn't mean he knows the difference between real money, cryptocurrencies and securities offerings.

The SEC says the company "claimed, for example, to offer a debit card backed by Visa and MasterCard that would allow users to instantly convert hard-to-spend cryptocurrencies into U.S. dollars or other legal tender.  In reality, the SEC alleges, Centra had no relationships with Visa or MasterCard.  The SEC also alleges that to promote the ICO, Sharma and Farkas created fictional executives with impressive biographies, posted false or misleading marketing materials to Centra's website, and paid celebrities to tout the ICO on social media."

The SEC didn't name Mayweather or DJ Khaled, who also promoted the company but they noted that the marketing relied heavily on celebrities.

Experts say the SEC has left the door open to pursuing celebrities for aiding and abetting fraudulent ICOs. Regulators are increasingly viewing ICOs as securities and anyone who promotes a security must be registered with US regulators.

Expect to read headlines in the next few months about far more charges, with celebrities potentially on the hook as well. 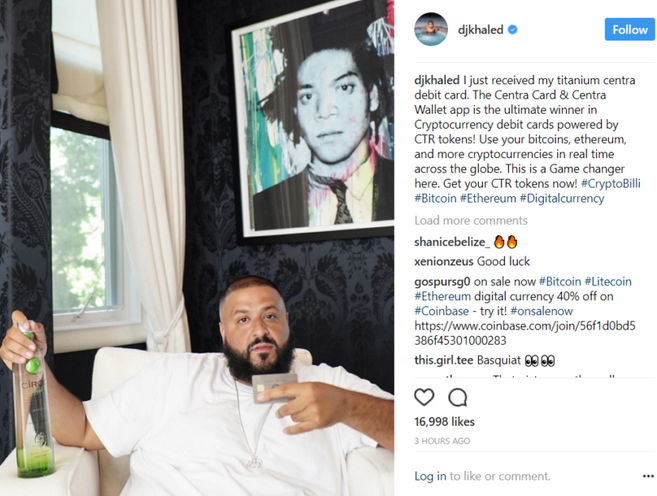