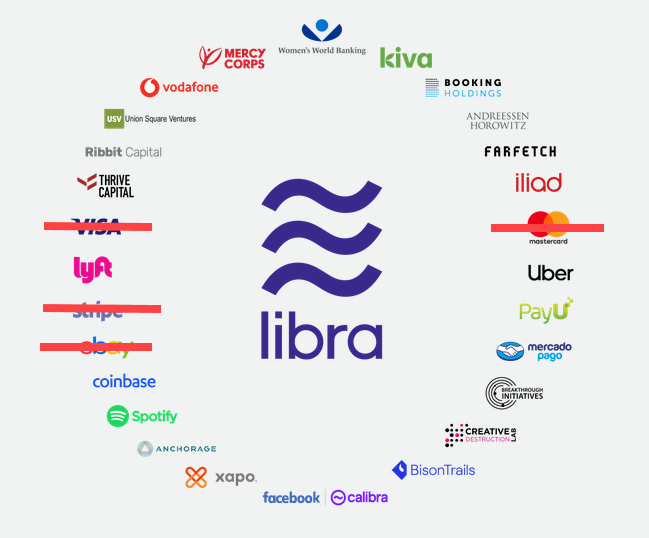 The scrutiny around Facebook's Libra project is too much for several of the largest companies in the US. PayPal quit earlier this month and today four other companies quit the crypto projection:
All the companies said the support the project but will focus efforts elsewhere. Stripe will "remain open to working with the Libra Association at a later stage," the spokesperson said.
There were originally 28 corporate backers of the project but five major partners have now dropped out and they are arguably the five largest, after Facebook.
In a statement, policy and communication head at Libra Dante Disparte said, "We are focused on moving forward and continuing to build a strong association of some of the world's leading enterprises, social impact organizations and other stakeholders to achieve a safe, transparent, and consumer-friendly implementation of a global payment system that breaks down financial barriers for billions of people. We look forward to the inaugural Libra Association Council meeting in just 3 days and announcing the initial members of the Libra Association."