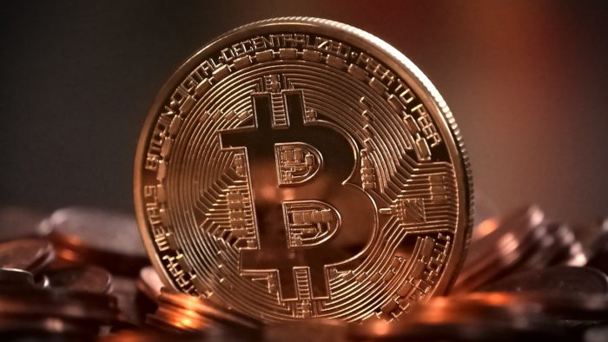 In a year when most currencies in the world were hit hard by the rise of COVID-19, digital currencies were rising in value meteorically. The most known and most popular cryptocurrency in the world, the Bitcoin, rose over 200% in 2020.

After its crash in 2018, Bitcoin was written off by analysts. However, after its sharp rise in the past few months, many experts and analysts ran to the conclusion that it is becoming the new safe haven despite being extremely volatile and not showing any predictability that allows traders to predict its behavior.

Most market analysts believe that after a Covid-hit year, the step away from hard currency and moving towards digitalization, the environment was set for cryptocurrencies to thrive, so the way was paved for the acceptance of Bitcoin once again. What also helped was the rock bottom decline that interest rates hit on traditional investments. However, some crypto analysts, and most who closely watch Bitcoin were unconvinced by the rapid rise of its value.

Market whales are investors that move large volumes of Bitcoin at above or below current market value. These whales cause huge price swings despite the billions of dollars worth of Bitcoin being widely traded.

In August and September of 2020, MicroStrategy invested a total of $425 million in Bitcoin. One month later, Square followed suit, investing $50 million in the famed cryptocurrency. Also, in October, PayPal announced features that allowed users to trade in Bitcoin, as well as Ethereum, Litecoin and Bitcoin Cash. All of these high-profile moves have worked wonders for Bitcoin's explosive growth. Square is not the only company producing impressive figures for Bitcoin. Grayscale Investments, which looks after Bitcoin on behalf of investors, has picked up over 40,000 Bitcoin in November alone. This amounts to over $600 million worth of Bitcoin.

When this happens, it can cause the market to suddenly and unexpectedly move in one direction, often to soon return to where it was trading previously.

Mining is done by high-performance computers by solving complex math problems that can not be solved by hand. By solving these problems, they produce a new bitcoin, and they make bitcoin payments trustworthy and secure. When bitcoin is mined, transactions are joined together in "BLOCKS" and added to public records called "Blockchain", which can be verified in the future. When bitcoin miners add a new block of transactions to the blockchain, part of their job is to make sure that those transactions are accurate, they make sure the bitcoin is being duplicated. A "Block Reward" is the new amount of bitcoin released with each mining process. That reward is halved every 210,000 blocks released, roughly every 4 years. This would reduce the rate at which new coins are released and thereby lower the supply. This would drive its behavior to become similar to any other asset which price is mostly impacted by supply and demand. This would make bitcoin entirely finite and more valuable over time.

There are also a number of other triggers that could have pushed the Bitcoin price higher over the short term.

Holding is channeling huge parts of investments into investment funds. This happens when price is expected to rise but it also helps in rising the price by causing shortage in the supply of Bitcoin itself.

Increase in Liquidity and Adoption. In this case the increase in liquidity is working a driver for the price increase as it is attracting more investors. This is causing an increase in demand for Bitcoin which is driving the prices higher. Also whenever Bitcoin is adopted by major retailers and investors, it can cause an upwards drive in the price.

Media. Like in every domain, Media hype is a great influential factor for prices. It influences investors' opinion towards Bitcoin. However, if the rise is too fast, we can see a bubble forming that eventually will burst and crash the market.

Losing Trust in traditional Currencies and Investments. In a period when the weaknesses of the banking systems and traditional currencies were exposed bluntly, people looked for an alternative. The most suitable one that was pretty much already available and quickly accessible was the crypto-currencies. The bitcoin being the most popular among them was the go-to asset of most investors.

As a result of all that is happening around the world, we can not escape the fact that Bitcoin and Cryptocurrencies in general are the future of payment methods and the currencies of the future. Every asset in the initial stages is very volatile but will soon stabilize as the acceptance rises and the liquidity increases. Once it is established across most countries, most industries and most of our lives aspects, it will soon take over as the number one asset and probably the safe haven of the trading world. Many are now benefiting from the buy and hold position that they took in the early stages of the rise of cryptocurrencies. From a medium to long term point of view, all the signs show that cryptocurrencies are on a growth path. Investors should then look for an investment in this currency of the future, in which a buy and hold position is showing to be a fruitful decision.


This article was submitted by Royal.
For bank trade ideas, check out eFX Plus