How to filter out market noise? 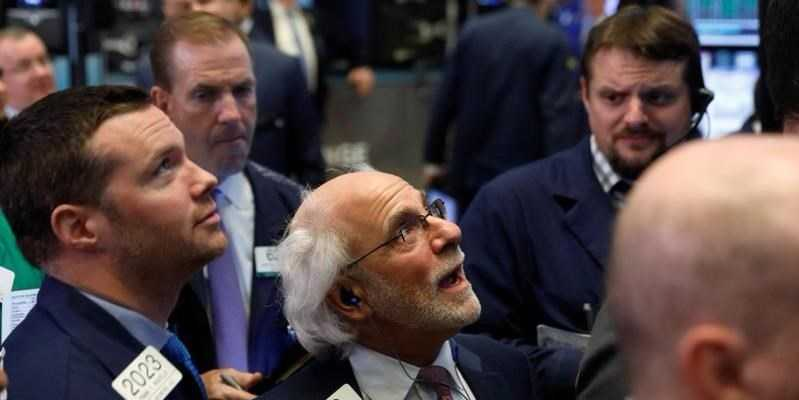 When it's too noisy, you often can't make out what you want to hear. You may get confused and do something wrong. The same thing can happen when you trade currencies as technical analysis can be complicated by the so-called 'market noise'.

This term refers to random fluctuations of the price - those that don't have any logic or volume behind them. The negative effects of price noise include false entry signals, drawdowns, and errant triggering of stop loss orders.

As a result, it's only natural for traders to be in the constant search of ways if not to remove the market noise entirely, then to make its detrimental impact as small as possible. Let's review the most popular methods of avoiding market noise.

First of all, if we go with trend trading as the basis of our strategy, we can actually consider movements inside a trade channel as market noise. The natural course of action is entering a trade at the trendline in the direction of a trend.

The market noise is in the inverse relation to the degree of the timeframe: the bigger the time period of the chart, the calmer is the price. For example, the daily chart is purer and can provide a better understanding of the overall market situation than 1-hour timeframe.

In other words, the right choice of a timeframe at least partially helps to remove the market noise. The rest is up to the trader himself/herself and his/her skills.

Next, we switch to technical tools that may give us a hand dealing with market noise. These tools will help to focus on the trend and track it for a longer period of time. The first tool that comes to mind is also the simplest one - a Moving Average.

A trader has to decide, whether he/she will consider these smaller countertrend moves for his/her positions.

Thus it's possible to ignore them in the analysis. In addition, ZigZag helps to locate support and resistance levels, identify trends and chart patterns, and find good locations for stop loss orders. It can be used together with other tools and indicators such as Bollinger Bands, fractals, Fibonacci, and Elliott waves.

The main drawbacks of ZigZag are that it marks the latest extreme point of the chart with a lag and that its last stretch may get redrawn as the current price changes. 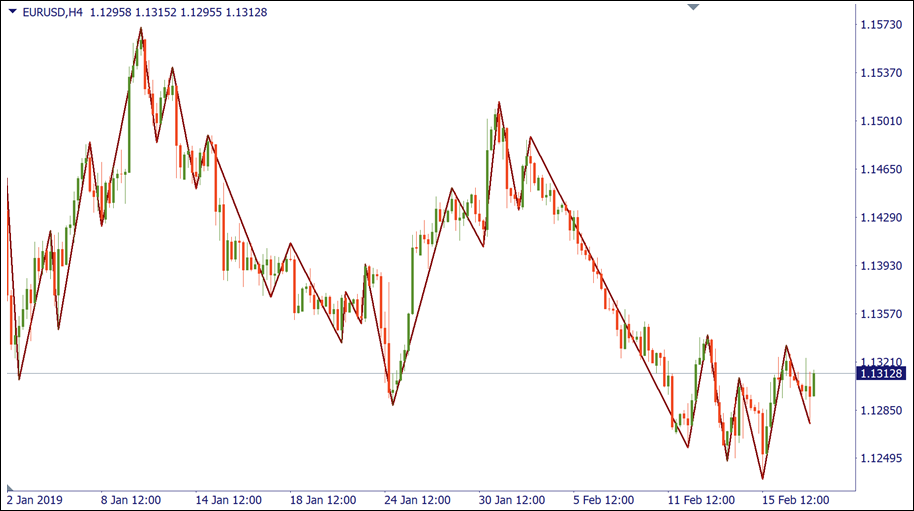 ForexLive
The combination of Japanese candlesticks and moving averages gave birth to an indicator called "Heiken Ashi". Its formula readjusts traditional candlestick chart using averages. The resulting chart doesn't include smaller price fluctuations and allows judging the trend's strength. It's wise to combine Heiken Ashi with other indicators, for example, ADX or Stochastics. 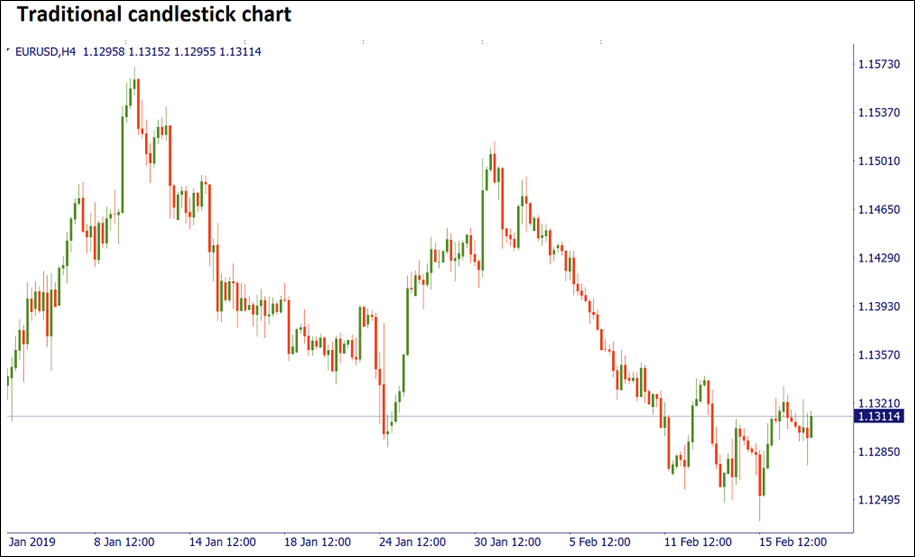 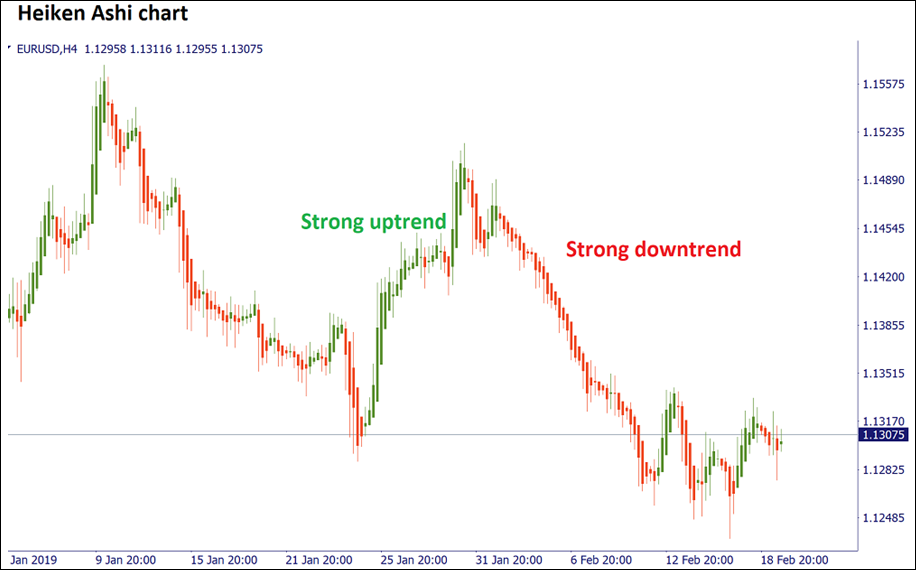 Renko is another alternative to the ordinary Japanese candlestick chart. The most peculiar thing about it is that it doesn't consider such parameter as 'time'. A 'brick' appears at the Renko chart only when the price covers a certain distance up or down.

This lets a trader concentrate solely on the price's direction. By choosing which brick size to set, he/she decides which movements of the price to consider significant. If the brick size is small, it's easier to spot price reversals. However, there's a chance that a miniature brick size will filter out too few of the false moves.

Renko charts work well on intraday timeframes and are especially popular among scalpers. Notice that Renko isn't included in MT4 by default, so you will need to download a custom indicator or an expert adviser from the Internet. 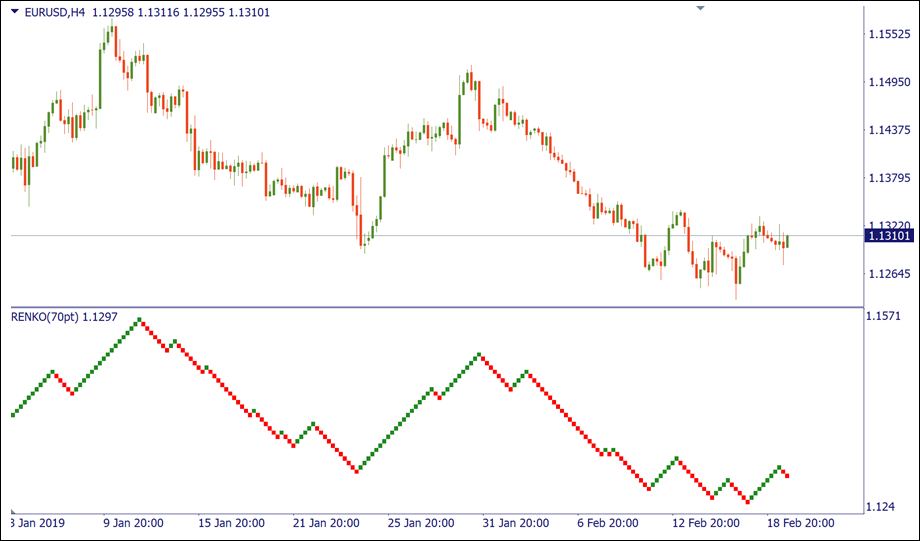 On the one hand, fighting market noise does seem a bit like tilting at windmills. The fact is that such movements of the price represent an inherent feature of the market, and if you are a trader you won't like having the market as your enemy.

On the other hand, measures to diminish the influence of random price fluctuations are aimed at bringing some order and harmony to market analysis so that it would be easier to generate clear and profitable trade ideas. In that sense, the techniques and indicators described above are quite useful and may form a solid foundation of a good trading strategy.

This article was submitted by FBS.