When the market is focused elsewhere, bet on the trend extending

Interesting paper on the effect of distractions 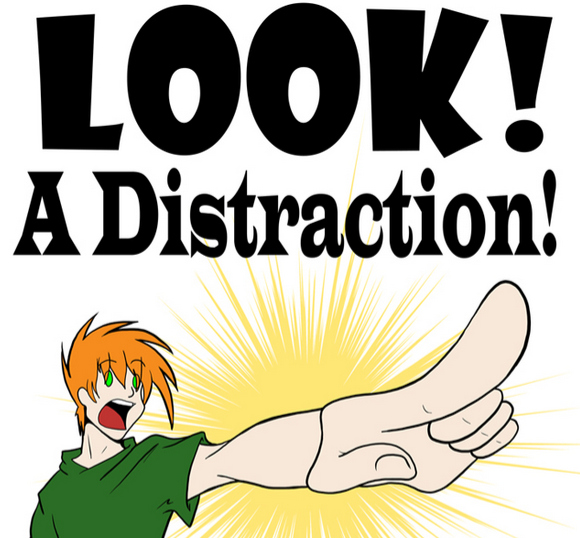 Some of the best trades come from focusing on something that everyone else is ignoring.
Market participants are naturally attracted to volatility but oftentimes there are clearer signals that build up in quiet markets before they finally make a move. Afterwards the momentum traders are pulled in and the runs extend.
A recent paper takes a deeper look at the effect of where traders are focused. It highlights the times that trading floors tune into something that's not market-centered at all. They note that during the OJ Simpson trial verdict, volume on the NYSE fell 76%.
Authors Joel Peress and Daniel Schmidt studied 'distraction days' and found some things that were obvious -- that volume and liquidity were lower -- but also second-order effects like that they were fewer reversals. That was particularly true in hot stocks that were highly traded at the time.

We consider events that distract noise traders and we trace out their consequences for markets. We find that when noise traders are distracted from trading, liquidity and volatility decrease and prices reverse less.

The actionable lesson here is to recognize the days and moments when the market is tuned into something that's not market moving. During those times, bet on trends extending. It's probably not a trade that will make a fortune, but anecdotally it's a great trade.
Some events to keep in mind:
The caveat to all this is that algos don't get caught asleep at the wheel, so keep that in mind. The paper only looks at events up to 2014 and even since that time, markets have changed considerably. At the same time, the study shows that this effect increased in the period leading up to 2014 so many something else is at work, something they speculate about:

Our results highlight that the importance of noise trading has not declined in recent years, despite the downward trend in direct retail ownership. We offer three possible explanations for this observation. First, retail noise traders may simply have been replaced by institutional ones. Second, changes to the information and trading environments,such as those caused by the Internet,may have emboldened noise traders and offered new trading stimuli.Third, noise traders may interact with algorithmic traders in ways that magnify their impact.

Markets are quiet now, don't waste the opportunity to take a deep dive into some hidden spots and look for opportunities. Charts don't stay flat forever and when they bust out; it's often in a big way.
ForexLive