December forex seasonals: Better to look for setups this month

Our November seasonal scorecard was solid but the final month of the year might not present as many opportunities. There are few strong December seasonal patterns in financial markets so month might be better used to position for January moves.
Here is a look at what I'm watching.
1) The gold trade 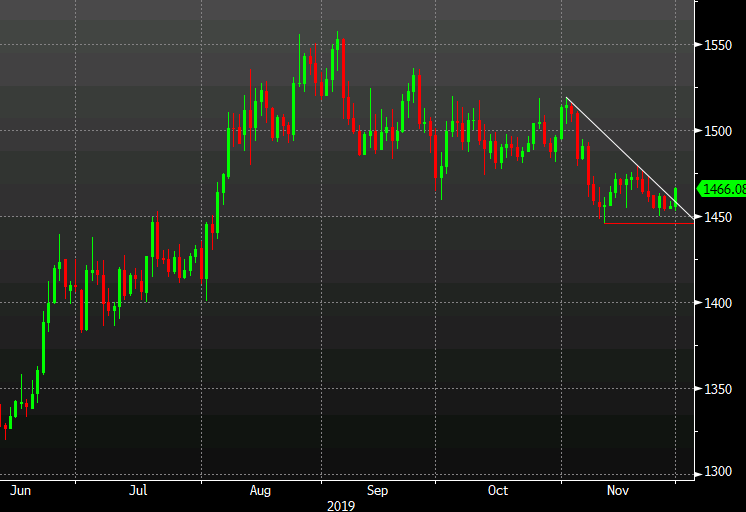 This is a trade I write about year-after-year. Gold is a great place to be in January-February in one of the strongest seasonal patterns anywhere. I've written about it year after year after year and it keeps delivering. However in the past few years there are signs that traders might be front-running the move. December is a weak month for gold over the past decade but in the past two years it has risen 2.2% and 5.1%, respectively. That's why I favor buying gold now or on a dip at some point during the month. Technically, today's rally breaks a bit of a downtrend and builds on support near $1450. That's a reasonable stop and if it breaks, that might be an opportunity for a second crack near $1400.
2) Equity mixed signals but bias is higher
December is often though of as a great time to own stocks. Generally it's true. The S&P 500 has risen in 8 of the past 11 years and 14 of the past 20. The problem is that last year is still fresh in everyone's mind. The index dumped 9.2% last December in a move that's tough to forget. The flipside is that an extra-cautious market is one that tends to bleed higher as it pulls in skeptics. Fund managers will also want to show a portfolio full of equities after a great year.
3) Softness in fixed income
US 10-year Treasury yields tend to tick higher in December. That's a bit counter-intuitive because you would think asset managers would want to loaded up and liquid into year end. Yet December is the worst month for bonds over the past decade. That's probably a function of the general equity market strength in the month.
4) Odds and ends
Going through a deep roster of assets, I can't anything where December is the best or even the second-best month. So here are a few odds and ends: 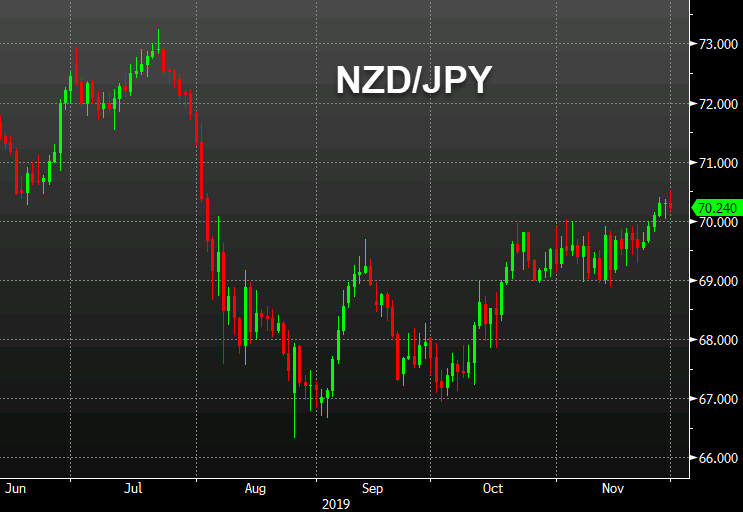