What is the trend in October?

October is a wishy-washy month for seasonals and it's important to note than 2008 is falling out of the 10-year averages this year. it was a month that massively skewed some of the averages and we're probably getting a cleaner look.
That said, there are always big events that add skews one way or another.
1) AUD/USD 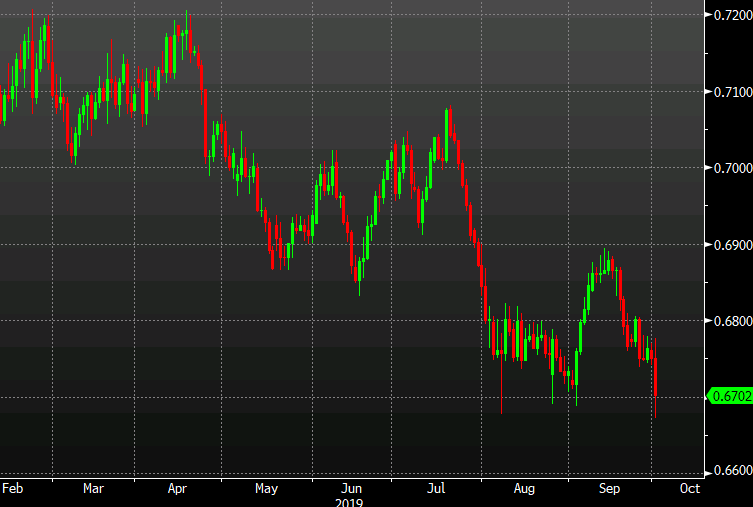 One currency that was particularly hard hit in October 2008 was AUD/USD, which fell nearly 16% in the month -- an unthinkable move by the current low-vol standards. In fact, in the July-Oct period of that year, the Australian dollar fell nearly 40 handles -- to 0.60 from just shy of parity.
It later fully recovered the move and more but now it's back in the doldrums. Just today it hit the lowest since 2009 following an RBA cut.
Yet sometimes central bank moves -- even dovish ones -- can mark turning points. AUD/USD is 25 pips off the lows today and back above a triple bottom near 0.6700. If that can hold there is a good risk-reward trade in AUD/USD longs with a tight stop. The average gain over the past 10 years in October is 1.1% -- the fourth best on the calendar. Naturally, a positive resolution to US-China trade would go a long way.
2) Beware the dollar bulls
The Oct-Nov period is a strong one for the US dollar. The dollar index has gained in October for five consecutive years. That's followed by November, which is the second-strongest month on the calendar, featuring a 1.37% average gain over the past decade, including a rise in 8 of the past 9 years. If the Fed opts to hold rates, the trend will likely continue.
3) Stocks like the fall
The Nikkei has a wonderful habit of rallying from Sep through year-end. It started well this year with a 5% gain in September. It's a similar story in the US. October is the third best month for US stocks over the past decade. Be warned that last year stocks sank globally in October and continued to fall through year-end.
4) Bitcoin 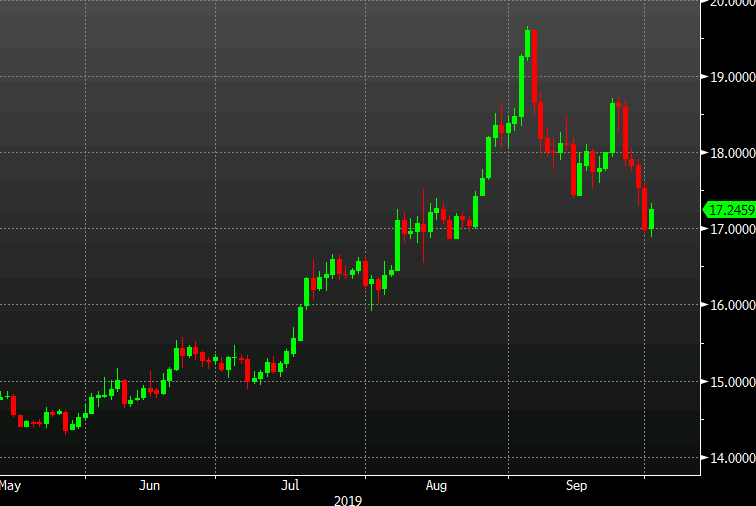 The Bitcoin chart isn't looking great, following the break of the September low. if the bulls are looking to something positive to cling to. The Oct through Dec period is the strongest on the calendar for crypto with averages of 35%, 57% and 14% respectively. The bad news? It was down in all three months last year.
5) Natural gas
There is a very strong seasonal bid in natural gas through November. It has been beaten up all year but something about the first snowstorms in the Northeast US seems to remind commodity traders of all the heating fuel they will be burning this year. On the flipside, note that oil is now in its traditional three-month slump into year-end, something I highlighted in the September forex seasonal scorecard.
ForexLive