All you need to know for the Swiss gold referendum 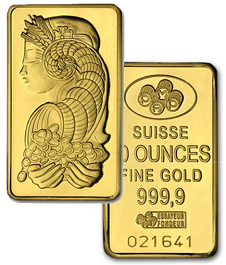 On Sunday the Swiss people go to the polls to vote on the gold initiative. There are many traders in Swiss positions who are going to be watching the results closely. Here’s a breakdown of what is happening, likely to happen and what the market may do.

First to the basics and what the initiative actually is.

The Swiss People’s Party wants to “Save Swiss Gold” to give more credibility to the SNB’s monetary policy and the Swiss Franc. The initiative would require that the SNB;

After the government voted against the original initiative the SVP collected the 100k signatures needed to hold a referendum.

This would mean that Switzerland would have to buy around 1500 tons of gold over 5 years.

If successful, the referendum has to go back to parliament for ratification, which according to some reports, could take up to two years as, the Swiss Federal Council can also deem that the resulting law may be harmful to the country and so can organise another vote to confirm what the population wants to do.

From the outset it’s a very tall order to get this passed. Recent polls have shown the yes voters well below the numbers needed to pass, and the majority of the Cantons have said they will reject it also.

There is always a risk though but it’s looking very slim. The last poll had only 38% in favour but the even those numbers were accumulated. The actual breakdown was;

George Dorgan at SNBCHF.com has a handy rundown of the polls over the last few weeks. The unofficial results are due to trickle out from around 13.30 gmt on Sunday but more formal results are not expected until 16.30 gmt.

As I say, there is some risk there into the weekend and we’ve seen that well reflected in the price moves recently.

The world and his dog have made a judgement on what the currency and gold will do on a yes vote but this is the market typically thinking about front running something that will take up to 7 years to be completed. This is no more than another fear trade. Just type “Swiss gold referendum” into google and see the type of headlines that pop up. It’s all fear.

The SNB will be on full alert Sunday

There are fears that the initiative passing will make it hard for the SNB to defend the cap, they’ve said so themselves but again this is more likely scaremongering by the SNB. Yes there will need to be adjustments to currency reserves if the gold vote passes but again over a long period of time. The Swiss also have some other tricks up its sleeve like keeping the currency reserves and splitting off gold into the sovereign wealth fund. There are also rumours that they’ll instantly impose negative interest rates.

The views aren’t all one way though. Last night Eamonn had this note from Citi saying a yes vote made no sense.

The long and short of it is that the market is making more out of a yes vote than they need to, but that’s the market for you and the possible reaction we have to face. There’s many who insist that the SNB can be knocked out in a low liquidity period (like Monday’s Asia open) but the SNB have that covered with an office on alert in Singapore. Remember, this isn’t some jokers messing with our retail stops, the SNB is a central bank and is at the top of the food chain in the forex world, and unlike the Bank of England are on the right side of their currency.

Trading wise, with EUR/CHF currently 18 pips from the cap there’s a low value trade there still if you feel the SNB will hold the line. If we get a yes vote then I expect the cap to hold but it’s likely to be carnage in other Swiss pairs (the SNB is only going to intervene in EUR/CHF).

If the vote is no, and therefore favourable to the SNB then the swissy will be sold in relief, yet caution remains for EUR/CHF longs. The market is very long this pair and there will be many traders who will look to bank the trade quickly and I suspect many will have their eye on the 1.21 level. If we get above we may not go much further if we get a big round of profit taking. After that the gains may still not continue as we will be back trading EU/Swiss fundamentals, which aren’t in the best place right now.

So better value may be found with other Swiss pairs but so may the increased risk. If you’re not trading into the event then look for opportunities after. If USD/JPY is still well bid and a no vote knocks CHF/JPY down 300-500+ pips then that might be a good opportunity to buy a decent dip in a yen pair. Likewise look at the trends in other Swiss pairs and whether the result knocks them out of sync with the trend. It’s those sorts of anomalies that can get you into a great trend at a good price.

Gold is still pivoting about the 1180 level and it’s expected to find a big bid on a yes vote. At around 300 tons per year, the market will not likely give them an inch of lower prices and dips will be bought into trying to front run the SNB. 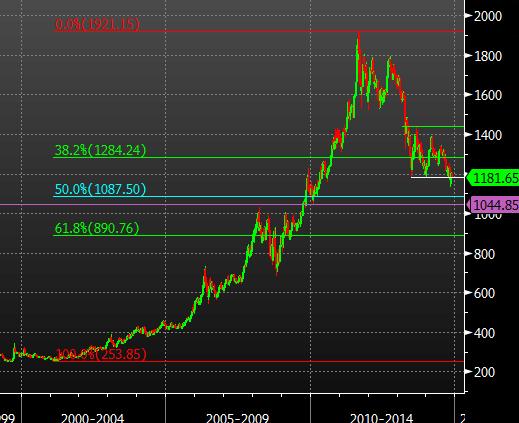 That’s likely to put an end to the break below the 1180 area. A no vote may be just what the market is looking for to cement a break below and it’s $100 odd until the next decent support level.

Trading EUR/CHF is a simple question really. Will the SNB be taken out? I’m still firm that they won’t as the risk reward is too low, even if someone manages to overpower them and flush the billions in stops through 1.1950/00, there’s not enough room to soak up those shorts before the SNB gains the upper hand again.