Almost everyone is missing the point with the Chinese rate cut

The question for China isn’t the rate cut, it’s what follows from the PBOC

Central banks move in increments. It’s rare that a single move will have a large effect on the market but a series of moves over time can have a huge impact.

It reminds me of a quote from former St. Louis Fed President Bill Poole that was on my bulletin board for years:

Poole believes people in the press and financial markets are usually asking the wrong question. ‘What is important is not the policy action at the next FOMC meeting,’ he said, ‘which is typically what people want to know, but the policy regularity that will extend across many FOMC meetings, which is what people should want to know.’

At the moment, the market is poking holes in the deposit rate cut (while ignoring the cut in the base one-year lending rate) but the action itself alone isn’t that important. What matters is whether this is the start of a series of moves to boost the economy. 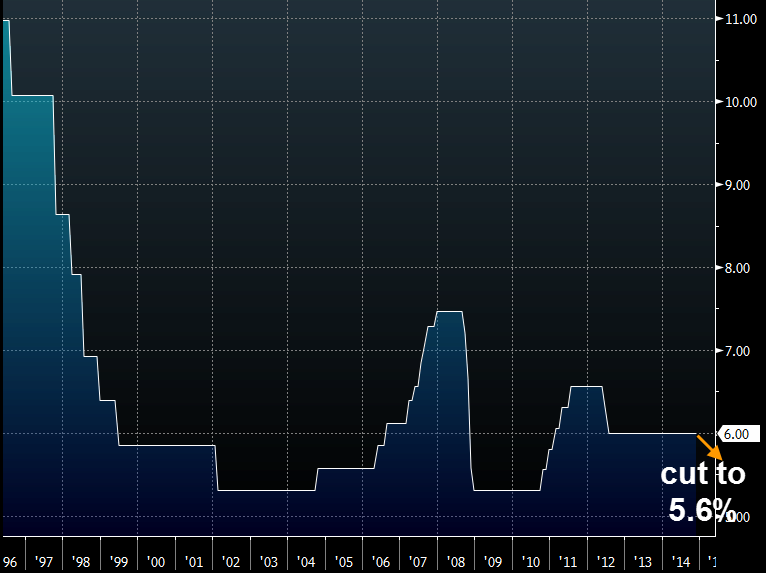 China is opaque so there are no easy answers but Xinhua has just published a commentary saying the rate cut is not a signal about a big liquidity ease, so that might be a small tell.

Along those lines, the PBOC said the move in interest rates was “a neutral operation and doesn’t mean any change in monetary policy direction … [it] has no need to take strong stimulus measures, and the direction of prudent monetary policy won’t change.” That could be some double-speak to keep a lid on lending excesses but the market is reading it as a signal that no more easing is coming.

The market is unimpressed at the moment as stocks fall back to unchanged but if this proves to be the start of an easing cycle, that will prove to have been the wrong reaction.