the Atlanta Fed GDP now estimate for 1st quarter growth was lowered to 2.7% from 2.8% last. In their own words:

The GDPNow model estimate for real GDP growth (seasonally adjusted annual rate) in the first quarter of 2020 is 2.7 percent on February 27, up from 2.6 percent on February 19. After last week's and this week's data releases by the National Association of Realtors, the U.S. Census Bureau, and the U.S. Bureau of Economic Analysis, the nowcast of first-quarter real gross private domestic investment growth increased from 6.4 percent to 7.7 percent and the nowcast of the contribution of change in real net exports to first-quarter real GDP growth increased from -0.27 percentage points to -0.23 percentage points. 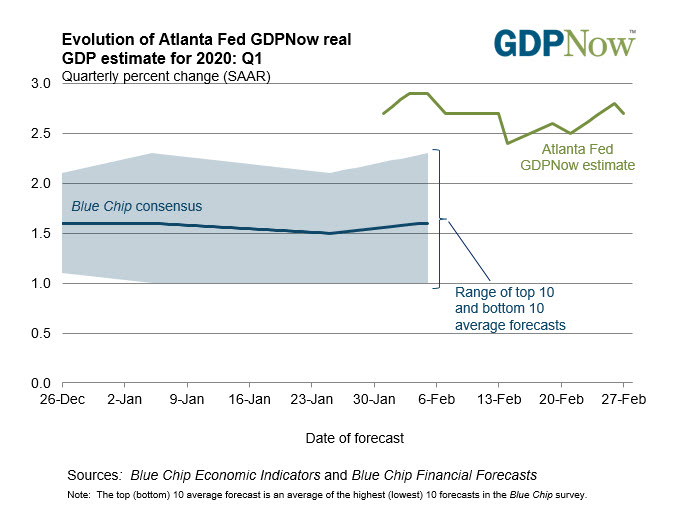 The next report will be released on Friday, February 28
ForexLive