The model of GDP for the 1Q in the US 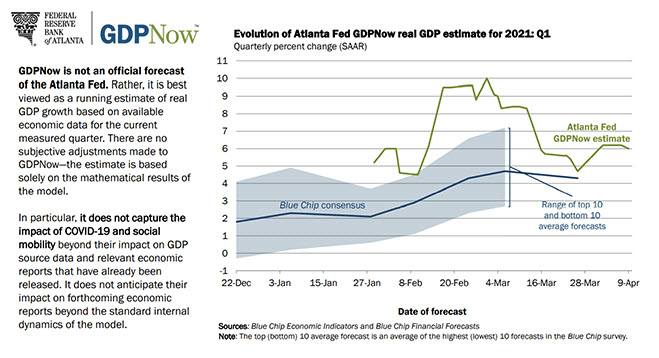 The GDPNow model estimate for real GDP growth (seasonally adjusted annual rate) in the first quarter of 2021 is 6.0 percent on April 9, down from 6.2 percent on April 7. After this morning's wholesale trade release from the U.S. Census Bureau and this morning's report on producer prices from the U.S. Bureau of Labor Statistics, the nowcast of the contribution of inventory investment to first-quarter real GDP growth decreased from -0.90 percentage points to -1.04 percentage points.

The next GDPNow update is Thursday, April 15.

The NY Fed also released their modeled growth forecast from their model. They show growth at the same 6.0% (revised lower from 6.05%) (that's unusual). 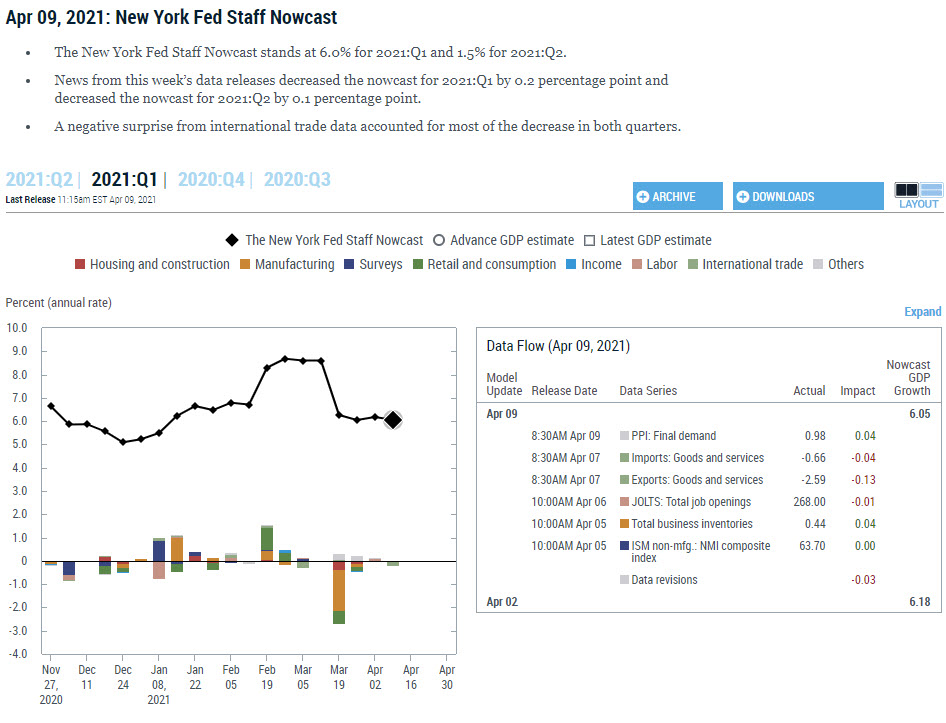 The advanced first-quarter GDP will not be released until April 29 at 8:30 AM ET. The fourth quarter GDP in the US came in at 4.3%.