The Atlanta Fed is out with their latest estimate for 4Q GDP. They now see growth at 1.3% versus 1.7% previously.
In their own words:

The GDPNow model estimate for real GDP growth (seasonally adjusted annual rate) in the fourth quarter of 2019 is 1.3 percent on December 2, down from 1.7 percent on November 27. After this morning's Manufacturing ISM Report On Business from the Institute for Supply Management and the construction spending report from the U.S. Census Bureau, the nowcasts of fourth-quarter real personal consumption expenditures growth and fourth-quarter real gross private domestic investment growth decreased from 2.0 percent and -1.7 percent, respectively, to 1.8 percent and -2.7 percent, respectively.

The next report will be released on December 5 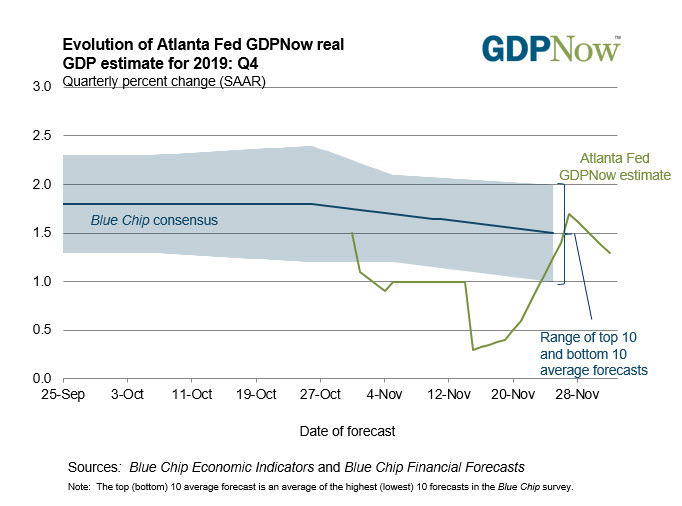