The Atlanta Fed has raised its GDP estimate for the 3rd quarter to 1.9% from 1.8% on September 13.
In their own words:

The GDPNow model estimate for real GDP growth (seasonally adjusted annual rate) in the third quarter of 2019 is 1.9 percent September 18, up from 1.8 percent on September 13. After yesterday's industrial production release from the Federal Reserve Board of Governors, and this morning's new residential construction report from the U.S. Census Bureau, increases in the nowcasts of third-quarter real consumer spending growth and third-quarter real private fixed investment growth were slightly offset by a decrease in the nowcast of third-quarter real net exports

Their next report will be on Friday, September 27. 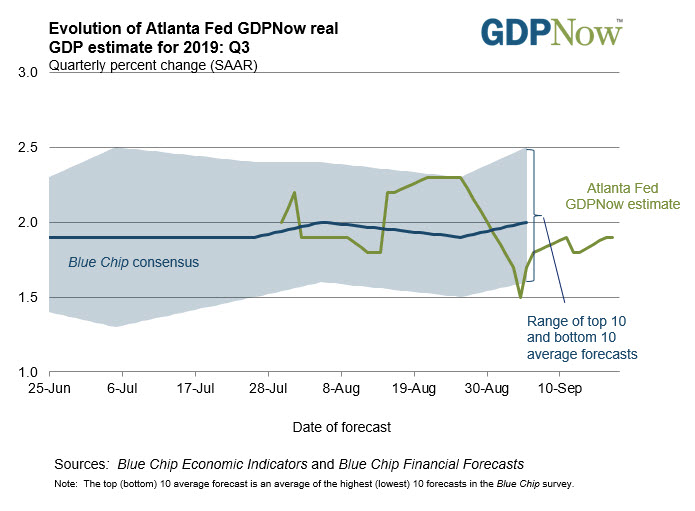