Atlanta Fed GDPNow estimate for 4Q growth moves down to 1.0% from 1.1% last

Not a lot of growth from the data so far

The Atlanta Fed GDPNow estimate for fourth-quarter GDP growth has inched down to 1.0% from 1.1% on the release on November 1.
In their own words:

The GDPNow model estimate for real GDP growth (seasonally adjusted annual rate) in the fourth quarter of 2019 is 1.0 percent on November 5, down from 1.1 percent on November 1. Following data releases by the U.S. Bureau of Economic Analysis, the U.S. Census Bureau, and the Institute for Supply Management, the nowcasts of fourth-quarter real personal consumption expenditures growth and fourth-quarter real gross private domestic investment growth decreased from 2.2 percent and -2.5 percent, respectively, to 2.1 percent and -2.7 percent, respectively.

The next report will be released on November 8th 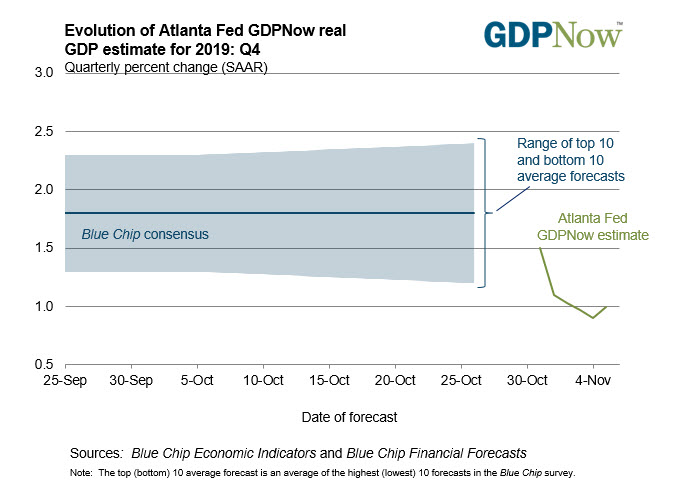