Once we get the final election result its not over yet for Canada.

Coming up today also is the Business Outlook Survey, which is an important input ahead of the Bank of Canada meeting on October 30 (ie next week). Preview here:
Adding this via Scotia on what to expect: 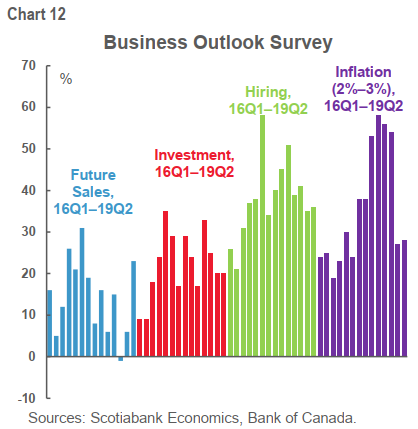