Coming up on Wednesday 21 April the Bank of Canada monetary policy announcement, due at 1400 GMT

Earlier:
Goldman Sachs are looking for a likely taper announcement and an upgraded economic outlook:
We expect the Bank of Canada s Governing Council to announce tapering of its sovereign bond purchase program
The bank will also incorporate significant positive economic developments into its MPR projections, which we expect could sustain pricing in the front-belly of the curve. 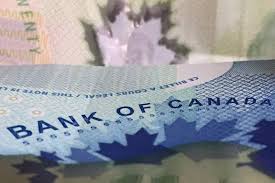