Bank of Canada preview: It's taper time but outlook gap estimate is key 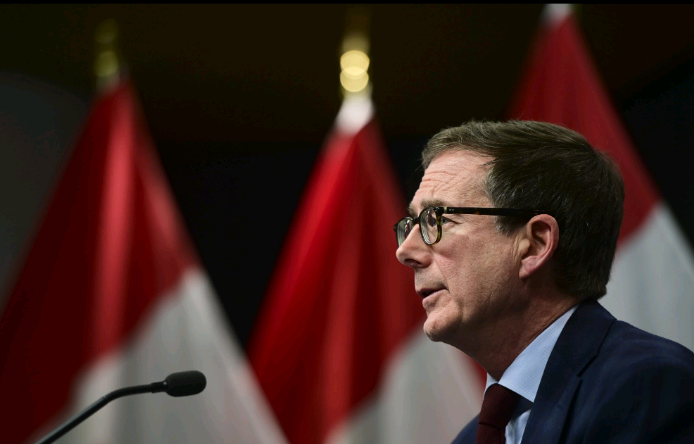 The Bank of Canada overplayed its hand in 2020, launching a huge QE program that provided little benefit while bloating its balance sheet and leaving it with little ammunition to deal with a future shock.

Having overdone it, the BOC is now on the leading edge of the great reversal in monetary policy. Late last year there was an initial taper but the BOC successfully framed it as technical by lengthening the maturity of purchases. This time will be a true taper and the first one of any major central bank.

It will come with a set of much more optimistic forecasts that show a rapid recovery. How far they go may depend on how much weight they put on recent lockdowns. The latest round is the strictest since the start of the pandemic and includes extensive school closures, something that is especially dampening for growth.

"GDP growth in the first quarter of 2021 is now expected to be positive, rather than the contraction forecast in January," the BOC wrote in its March statement.

They may need to reverse that forecast again but at the same time, the experience of Canadian and global lockdowns recently is that they're less contractionary as workers and businesses adjust. The consensus for Q2 is still +3.6% annualized and with most economists not worried, the BOC is likely to take the same view (while adding the customary cautionary caveats).

The lockdowns are widely (and rightly) viewed as temporary so it's doubtful that they crimp business optimism and investment. Just last week, the BOC released its quarterly business survey and the outlook for future sales was the highest since 2009. Hiring, pricing and investment metrics were all very strong. 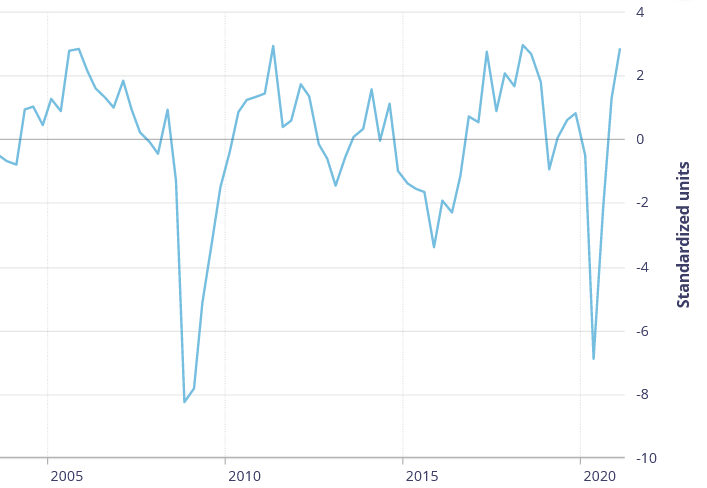 The BOC will also have to boost its outlook for the US in light of the latest stimulus package and better economic data. Rising commodity prices are a further tailwind.

Even with the lockdowns and rising cases, there is also positive news on the outlook. This week much of the country was opened up to vaccines for everyone over 40. In May or June it will be open and widely available to everyone.

The longer-term elephant in the room is housing. On Tuesday, Teranet reported an acceleration in house prices to 10.8% year-over-year. Many parts of the country are above 20% y/y with no signs of slowing down. However the BOC doesn't see itself as responsible for cooling the real estate market. They'd prefer action came from the Federal government and regulators.

Even with a trim to Q2 GDP, the BOC's overall forecasts for 2021 and 2022 will be higher. That shortens the timeline for a return to full capacity and means that this key part of the statement is will be altered:

"We remain committed to holding the policy interest rate at the effective lower bound until economic slack is absorbed so that the 2 percent inflation target is sustainably achieved. In the Bank's January projection, this does not happen until into 2023."

That's likely to be changed to 'late 2022', though many analysts still see it unchanged. If it's pulled forward, that would be a main driver for CAD strength and I expect that language will be the main factor in the currency market reaction.

In the most-recent statement, the BOC said that "as the Governing Council continues to gain confidence in the strength of the recovery, the pace of net purchases of Government of Canada bonds will be adjusted as required."

Given that the BOC has bought up nearly 40% of the bond market in just one year, it has no other choice but to slow down. Macklem has warned about distorting market functioning if that rises above 50%.

There is no consensus on exactly how much they dial it back but most talk is to around C$3 billion/week from C$4 billion. In November when the BOC tapered, it combined that with a shift towards the longer end. That could happen again but it's less likely. The market will also be looking for a hint at when the taper will be complete - likely around year-end. There's a risk that they could taper by more than $1B/week or lay out a clear path to do that in the near term.

Much of the talk ahead of the decision focuses on a 'dovish taper'. The thinking is that they will combine a taper with jawboning against CAD strength, talk of keep rates at the lower bound longer than markets anticipate and warnings about uncertainty.

That may come, but I don't think it resonates in the market. Actions speak louder than words and a taper combined with a narrower output gap, higher GDP forecasts, hotter inflation, a better outlook from the US, high business optimism and a taper is too much to overcome.

A wrinkle could come from a shift to a framework that encourages an overshoot in inflation. At this point though, that's premature, however I do expect Macklem to emphasize that QE purchases will remain for "at least" $3B/week and note that they have the flexibility to do more if needed.

The Canadian dollar is the second best performing currency in 2021 (after GBP) and the third-best over the past year (just behind AUD and NZD).

I expect the loonie to continue to rise and outperform with USD/CAD falling to 1.2000 by late this year. A reopening boom is coming and will and sustain a bid in the loonie. Even without any further commodity price gains, Canada will still be a large beneficiary of commodity strength and risks are undoubtedly higher, particularly in oil where investment is flagging globally.

The question for now is whether we see a retracement in the loonie and risk trades. Given globally rising covid cases, I think it's now or never. This is the final wave of covid in Canada and Europe. While demand might be hit elsewhere for longer, the reopening of the major economies in the coming four months easily outweighs any virus negativity. Along with that, markets have consistently shown an ability to look beyond the virus.

If the BOC does its absolute best to undercut the loonie on Wednesday and that coincides with a deeper risk aversion, I could see USD/CAD rising to 1.29-1.30 at the absolute highest. Up there it would be a screaming sell.

The BOC decision is at 10 am ET (1400 GMT) and will include the MPR. Macklem will hold a virtual press conference one hour later.