BOJ's Amamiya: Lowering rates further is still one of the options if necessary

There's nothing really new by Amamiya, but the takeaway is that the BOJ sees the need to remind markets that they are willing to step in - or at least give out that impression. Not too much of a coincidence with USD/JPY hovering around 105.00 perhaps.
That said, I reckon we can only expect the BOJ to really come in and do something if USD/JPY does start moving dangerously close to breaking below 100.00.
Otherwise, this is the same old, same old. More bark than bite from the BOJ.
For bank trade ideas, check out eFX Plus 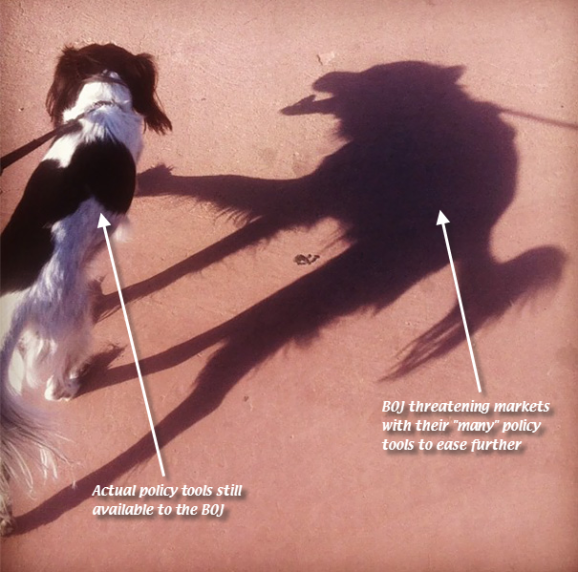