Did the Fed get a preview of Thursday's GDP report?

First look at Q4 GDP due on Thursday

The first line in the FOMC statement focused on growth.

"Information received since the Federal Open Market Committee met in March indicates that labor market conditions have improved further even as growth in economic activity appears to have slowed."

The first official look at Q1 GDP will be released at 12:30 GMT (8:30 am ET) on Thursday and the Fed might have been given a sneak preview.

There is little doubt that growth did indeed slow. The consensus estimate is annualized q/q growth at 0.7%. The market is probably priced a touch higher because of the better goods trade balance report released today. Economist estimates updated today range from 0.5% to 1.4% with the median at 0.8%. 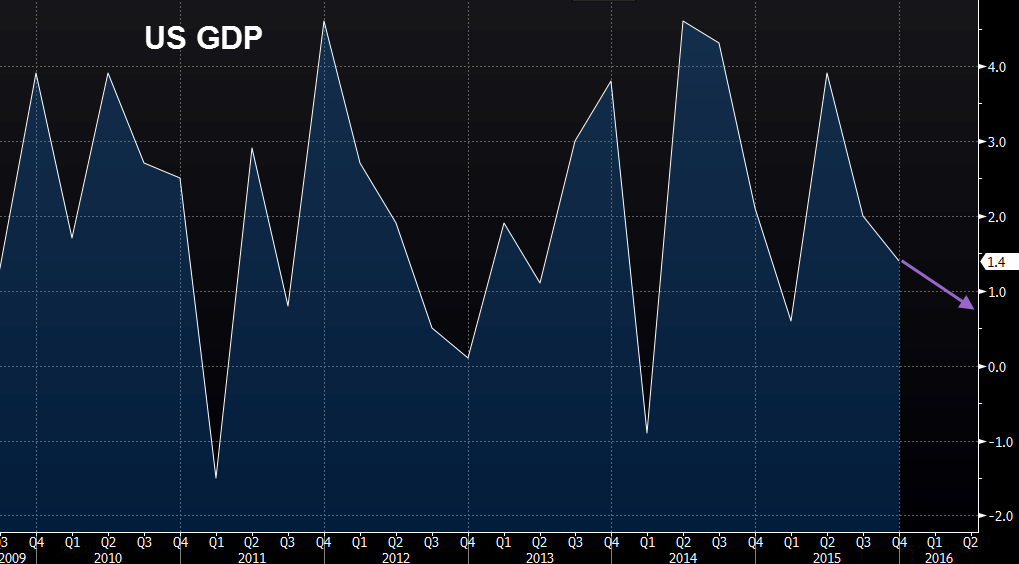 The Fed also used an interesting choice of words when they said growth 'appears' to have slowed. That suggests some skepticism rather than words like 'likely' or 'probably'. It could be a hint that although tomorrow's GDP report will be soft, they expect upward revisions in the second and third Q1 GDP releases.