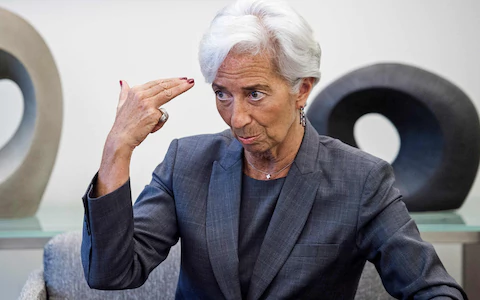 ForexLive
Her remarks are said to be in a conference call to European leaders yesterday, with Bloomberg reporting on the matter - citing a person familiar with the situation.
Adding that the ECB is said to be looking at measures to provide "super-cheap funding" and ensure that liquidity doesn't dry up, with Lagarde mentioning that they can only work if governments also throw their weight behind them too.
It looks like she is getting fed up with waiting for lawmakers to do something but again, all she can do is plead so that they will actually start taking action. But as mentioned before, when they do decide to finally move, it may already be too late.
As for the ECB, there is little that they can do to provide actual relief in the market. Modifying TLTROs would be their best bet because lowering rates further and expanding QE is just doing more of the same - which isn't really saying much after all these years.