If the Fed's Lockhart is hawkish, investors will have another reason to sell 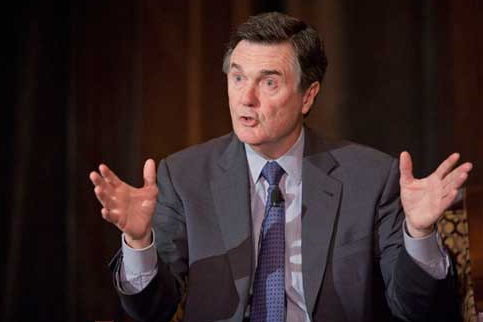 Today's speech from Atlanta Fed President Dennis Lockhart as at 3:55 pm ET in Berkeley, California (1955 GMT). That's 5 minutes before the stock market close and I doubt that's a coincidence.

It focuses on public pension funding reform but Lockhart rarely backs away from questions or commenting on the current state of the economy and his thinking on rates.

Earlier in the month in an interview with the WSJ he said "It will take a significant deterioration in the economic picture for me to be disinclined to move ahead" with a rate hike vote.

"I think there is a high bar right now to not acting, speaking for myself," he added.

It caused a stutter in markets. At the moment, with markets pricing in just a 26% chance of a rate hike in September, another hawkish comment would have more serious consequences.