Bostic is president and chief executive officer of the Federal Reserve Bank of Atlanta.

Bostic speaking in an interview.
---
If you are unfamiliar with how Fed officials conduct themselves in public when they have a disagreement with a partner institution, when Bostic says he is 'a bit surprised' it means he is apoplectic with disgust and rage. In case you are wondering.
Mnuchin has been on the media saying he 'hopes' the funds recalled can by out to fiscal use. If so that's a positive step. But it could well be smoke.
More from the Bos:
Oh yeah, Bostic is Not happy with this move from Mnuchin.
In happier times. 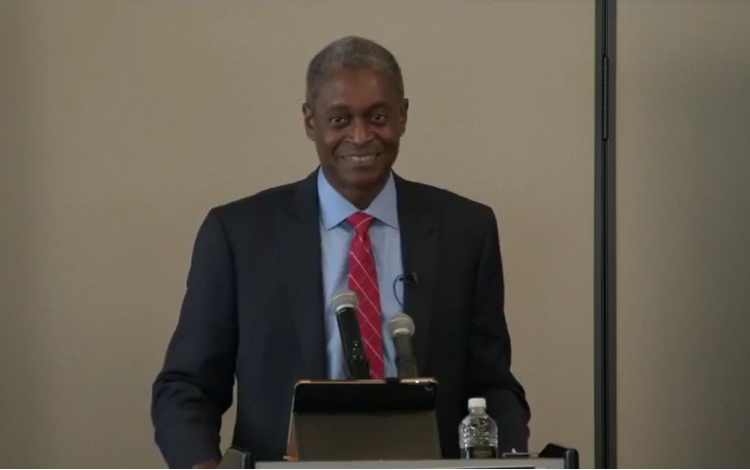