Germany already pushing for Weidmann to take over ECB after Draghi 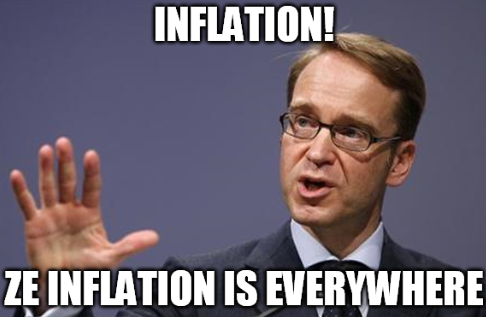 The jockeying for leadership of the ECB has already begun.

The German press reports that Merkel is pushing for Weidmann to replace Draghi at the end of his term.

He's a compelling candidate. A German has never led the ECB and Weidmann has positioned himself as more of a moderate than the uber-hawks before him.

Still, he's a hawk and has criticized QE. But again, the QE program is winding down and there's no crisis on the horizon so it's a better time than ever for a German.

Still, it wouldn't go over well in the periphery.