Here's why EURUSD longs may be the trade into the ECB

Everyone is looking for a dovish Draghi and ECB, so will they deliver?

The ECB is facing the same problems that the rest of the world is facing and that's slowing growth. What's different in the US and UK is that domestically things are much better. After 8 months of QE there may have been some green shoots but nothing that you can say is trending considerably higher

Europe still faces low inflation and that's the ECB's number one mandate. Considering that nearly all of it is from oil, QE has no effect there.

Would more QE help Europe? That's the big question. If the ECB aren't getting a reaction to these amounts they need to understand why. Just chucking more in won't help. That's going to be one of the key aspects on Thursday and the big mover of the Euro. If they believe that they aren't doing enough then the market will be on the right side of expecting more. If they trot out the transitory guff and that QE still needs time to filter down the channels then the market will be wrong footed

Of course the Draghster may use the opportunity to talk the euro down by repeating that they are ready to do more. That line has been running for a while now and will be losing it's magic power. If the market thinks the ECB is all talk but no action then again, the euro is destined for the upside. The only talk that will count is if Draghi drops a big hint that they're ready to act. The messages from ECB members recently has been that they can move but are still willing to wait. It should also be noted that Germany doesn't vote at this meeting and they have the biggest voice.

So longs is what I'm looking at if we see some decent pre-ECB dips. I can't see them changing the current party line at this meeting, nor signalling any change at the next. That should be positive for euro which has been one a one way slide since last week

Where to get in? 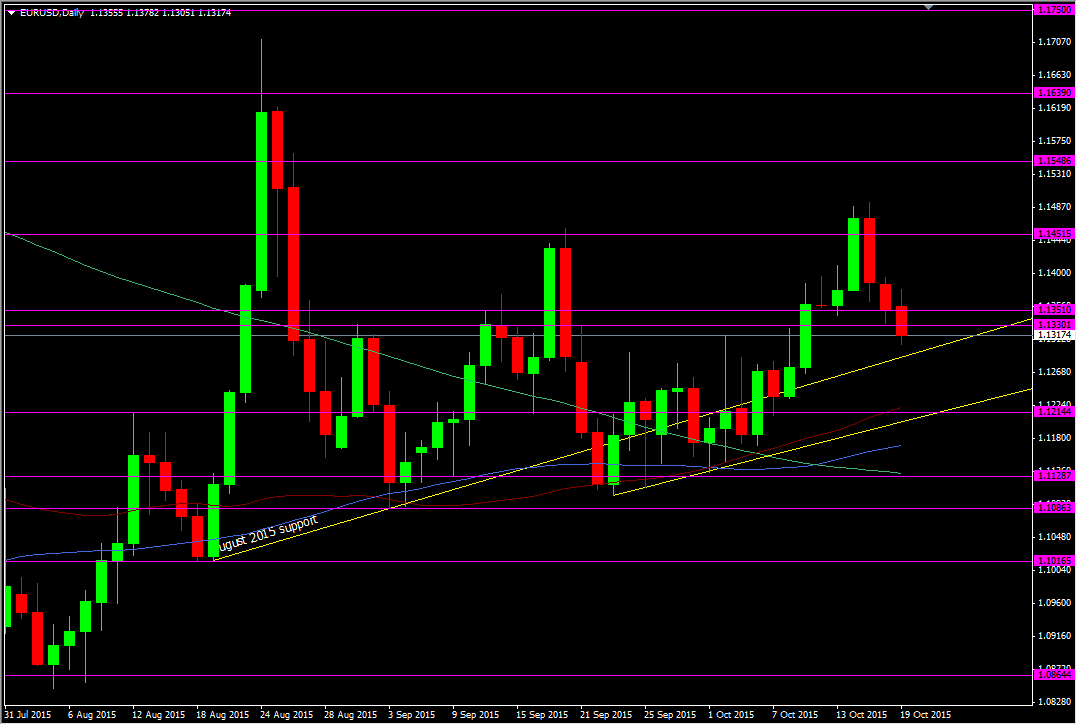