Easy money is dominating everything else. Fundamentals are dead. 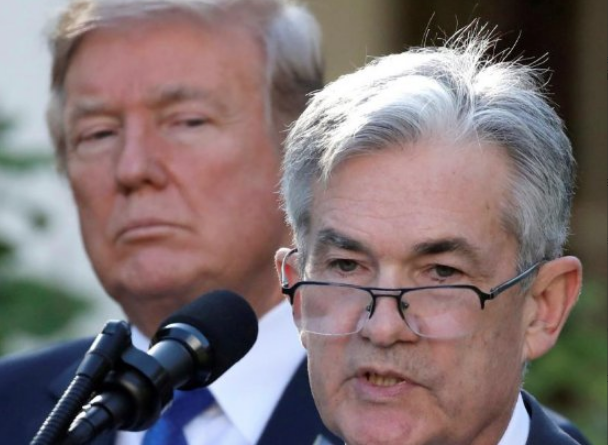 US stocks are once-again higher today, brushing off the news of 15,000 coronavirus cases in a single day. The entirety of the 'dip' on a terrifying virus lasted a single day. Since then, every dip has been bought and it's high after high.
What's the real story here?
Maybe it's because the market instantly figured out that China would take extraordinary measures and stop the virus in its tracks in one of the great public health victories of all time; with governments elsewhere responsibly stopping and quarantining all other cases to stop what looked like it would be a global pandemic.
Somehow I doubt that. Markets are the best price-discovery mechanism we have but they're not omnipotent and with something wildly uncertain like coronavirus, you expect a choppy ride, at best.
So what's the story?
I think we have to look at the bigger picture.
This is the era of easy central banks, easy money and easy fiscal policy. The change at the Fed in October was profound:

I think we would need to see a really significant move up in inflation that's persistent before we would even consider raising rates to address inflation concerns."

He later repeated those same sentiments and I have emphasized how it was a total paradigm shift. Yet even for me the ramifications are still sinking in.
Interest rates are now a one-way street and if anything happens -- even the slightest hiccup -- the Fed will cut again. Equally as important is that they're going to leave rates low for a long time.
It's not just the Fed either. Central banks everywhere are falling into line with this thinking and they're taking advantage of global structural shifts -- automation, globalization and demographics -- that are deflationary.
On its own that's an incredible force but add in QE and liquidity measures and they're supercharged. Central banks have completely changed the game. It's like every time you go around the board in Monopoly you get $20,000 instead of $200. Greek bonds fell below 1% today to an all-time low. Price discovery is meaningless.
The final factor that's supercharging assets is on the government spending side. Fiscal conservatism in Japan died a long time ago but that type of spending has gone global with the US running a 5% deficit now. Few countries outside the eurozone offering any kind of plan towards deficit reduction. What we've found is that for countries with their own currencies, there is no medium-term downside. One day, there will be currency debasement but I think -- and the market believes -- that we can go much further down the rabbit hole before that happens.
ForexLive