Mark Carney benefited more from Canada than Canada benefited from him &#8211; a scathing farewell

Mark Carney is being lauded as ‘The Wayne Gretzky of central banking’ today, on his last day as Bank of Canada Governor.

His contributions have been grossly exaggerated. 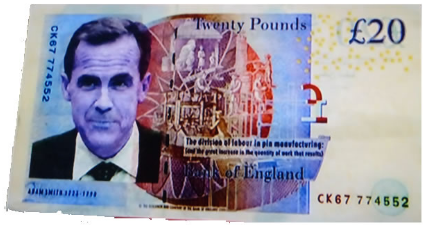 Carney is seen as a savant but his predecessor at the BOC had already begun a rate cutting cycle before Carney’s first day. In a shrewd move, Carney himself cut rates by 100 bps early in 2008 but he was blind to the buildup in risks over the summer of 2008 as he held rates at three consecutive meetings.

It’s tough to read the BOC statement from early September 2008 and give Carney any sort of credit as a great central banker. Dislocations in credit markets were overwhelming at the time.

“The course of the U.S. economy and the ongoing turbulence in global financial markets – have evolved broadly in line with the Bank’s expectations,” the BOC wrote days before Lehman’s collapse.

At the end of that month, he was equally oblivious, hailing the coming storm as a ‘cathartic’ event, giving it an almost positive spin.

In conclusion, Governor Carney cautioned that while international events will have an important influence on our economy, “they must be considered in tandem with domestic factors, including the strength of domestic demand, the evolution of potential growth and the health of our financial system.”

Carney inexplicably saw Canada — a country bound to the whims of the global economy perhaps more than any other — as a sheltered haven of economic strength.

Carney hit the panic button like every other central banker after Lehman collapsed. Even then, he didn’t hit it hard enough until December when the global economy was on its knees.

Rates didn’t bottom until late April 2009 — more than a month after Bernanke proclaimed ‘green shoots’ in the US economy. 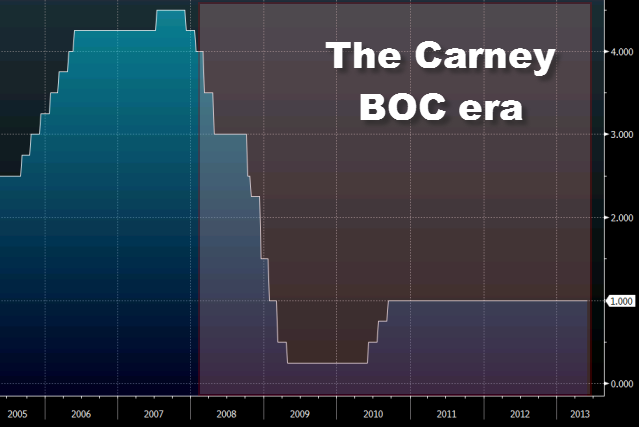 Although he was behind the curve in the crisis, Carney has brilliantly manipulated a reputation for central banking heroics. In truth, he benefited more from Canada — a country that coasted through the crisis because of a commodity boom and fortuitous government banking policy — than Canada benefited from him.

In my mind, Mark Carney is clearing out his desk today as Canada banishes him to a perpetually rainy island in the Atlantic ocean, or something like that.

Carney will be an improvement over the hapless Mervyn King but he won’t work miracles.