ECB preview: The market might be looking for too much

What's priced in for tomorrow? 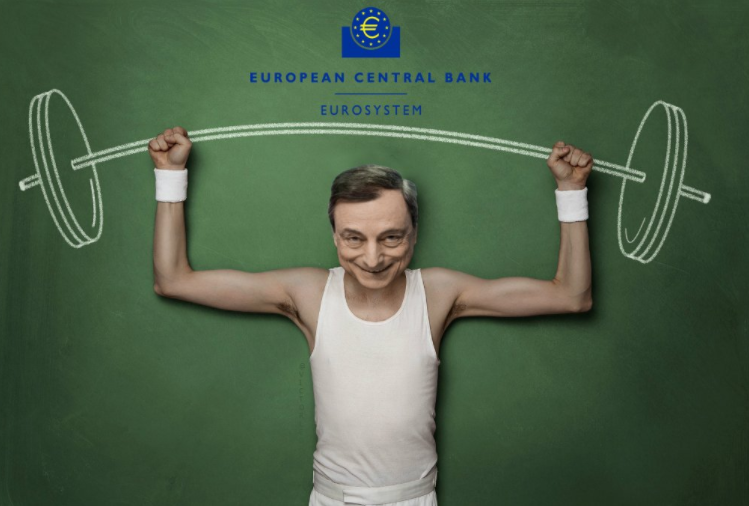 A question that's been doing the rounds in markets is: What's priced in for the ECB? That's the kind of question that's always out there but the chorus is especially loud this time as market participants try to get a handle on the multitude of mixed signals from various speakers, along with leaks.
A good guess is that deposit rates will be cut by 10 bps to -0.50%, forward guidance will be extended beyond mid-2020 and 30 billion more of QE will be announced.
The latest 'sources' story caught the eye of analysts at RBC because it gave insight on how the market could react to something along those lines.
They note that the story had some headline-grabbers like that the ECB 'could' delay a QE announcement until conditions worsen but that overall the story was balanced. However they noted that the market -- especially the bond market -- dumped on the report.
"Market positioning is very lopsided towards a 'comprehensive' package that entails large rate cuts as well as a restart of the asset purchases programme," they note.
The OIS market is pricing in 14 bps of cuts so there's a good tilt towards something extra there but QE could easily disappoint.
I think there is a good chance of disappointment as the ECB shifts even harder towards badgering governments do do more on the fiscal side. That could weigh on the euro because it could read like it's the ECB throwing in the towel. At the same time, it could be spun in a positive way and that could put a squeeze on the hefty short-euro position.
It's a very tough one to handicap and the better trade may be to wait for the dust to settle and then go with the flow.