Momentum in the price trend is lacking says BOJ's Kuroda

10yr JGB's had been on a little wander up to 0.15% this year but during April, they've fallen back to the 0.0% mark, the lowest since Nov last year.10yr JGB yields 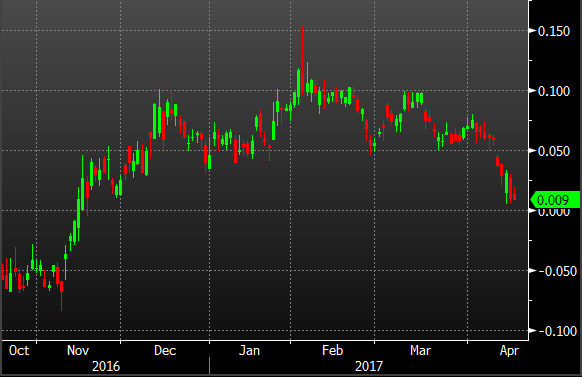