Powell to be re-nominated as Fed chair

Powell to return, Brainard to be nominated as vice-chair 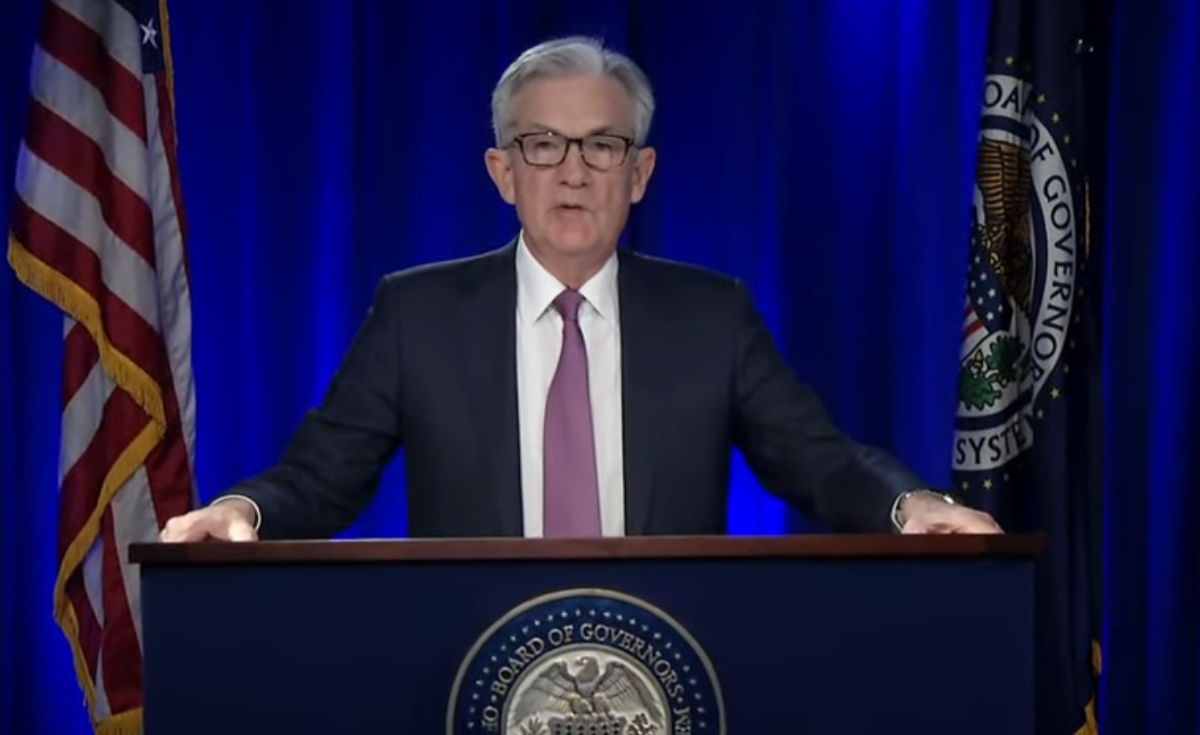 The White House will nominate Jerome Powell for a second four-year term, according to a statement. Markets had mostly expected this with PredictIt pricing around 79% just ahead of the announcement. The dollar initially rose on the news, as expected in our preview.
The second part of the announcement is that Brainard will be nominated as vice-chair. This is a bit of a surprise given that Richard Clarida holds that post. She was expected to be given the vice-chair of supervision role if not the chairman.
The White House said both Powell and Brainard share the administration's focus on ensuring that economic growth broadly benefits all workers along with addressing financial system risks and risks from climate change.
The White House said the Fed needs steady, effective and independent leadership. It also notes that there are three more seats to fill including the aforementioned vice chair for supervision. Those will come in early December.
This spells the end for Clarida, who's term comes to an end on Jan 31, 2022. He's 64 years old.
The question now is how quickly will Powell make a hawkish pivot? Minutes after the decision, the rates market has fully priced in a June hike, ticking higher since the announcement.
Biden is expected to speak in about four hours at 1:20 pm ET (1820 GMT). 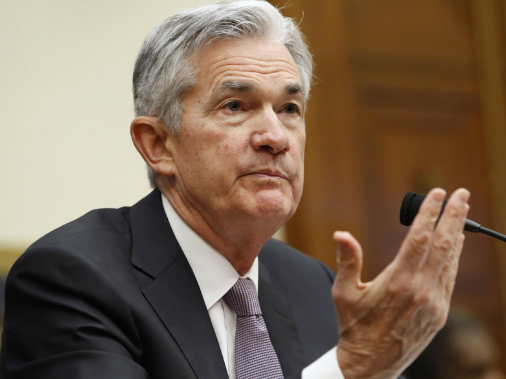 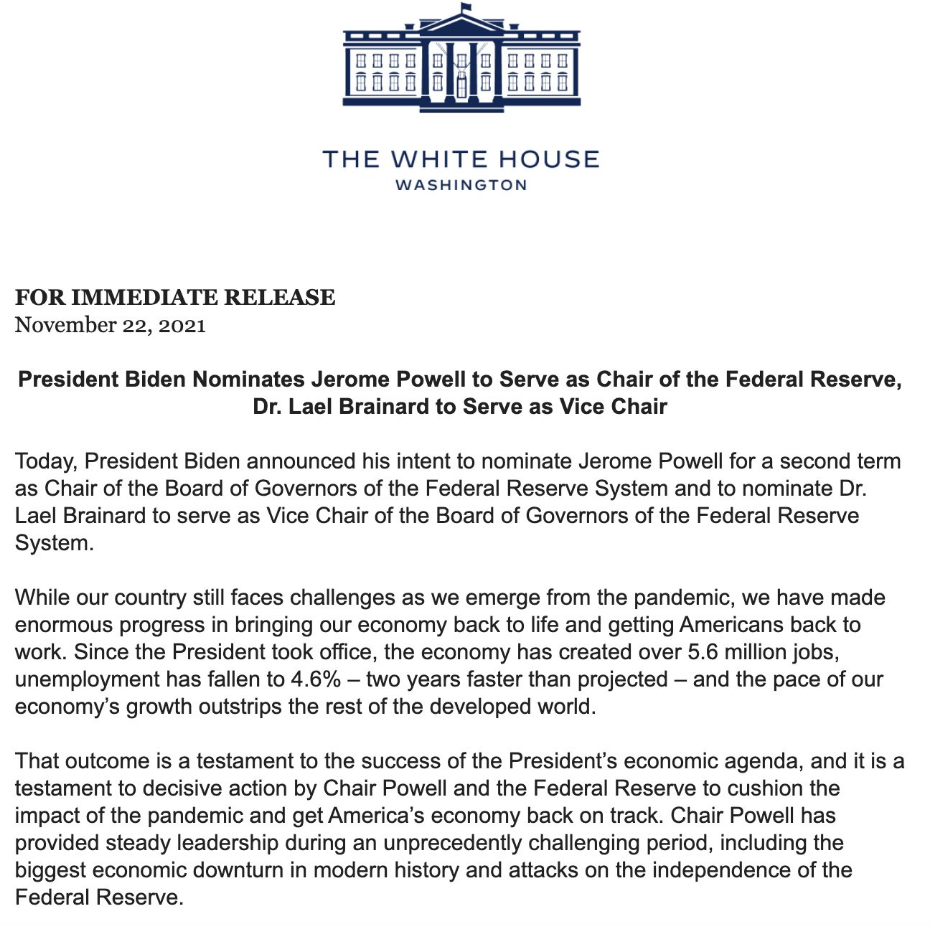 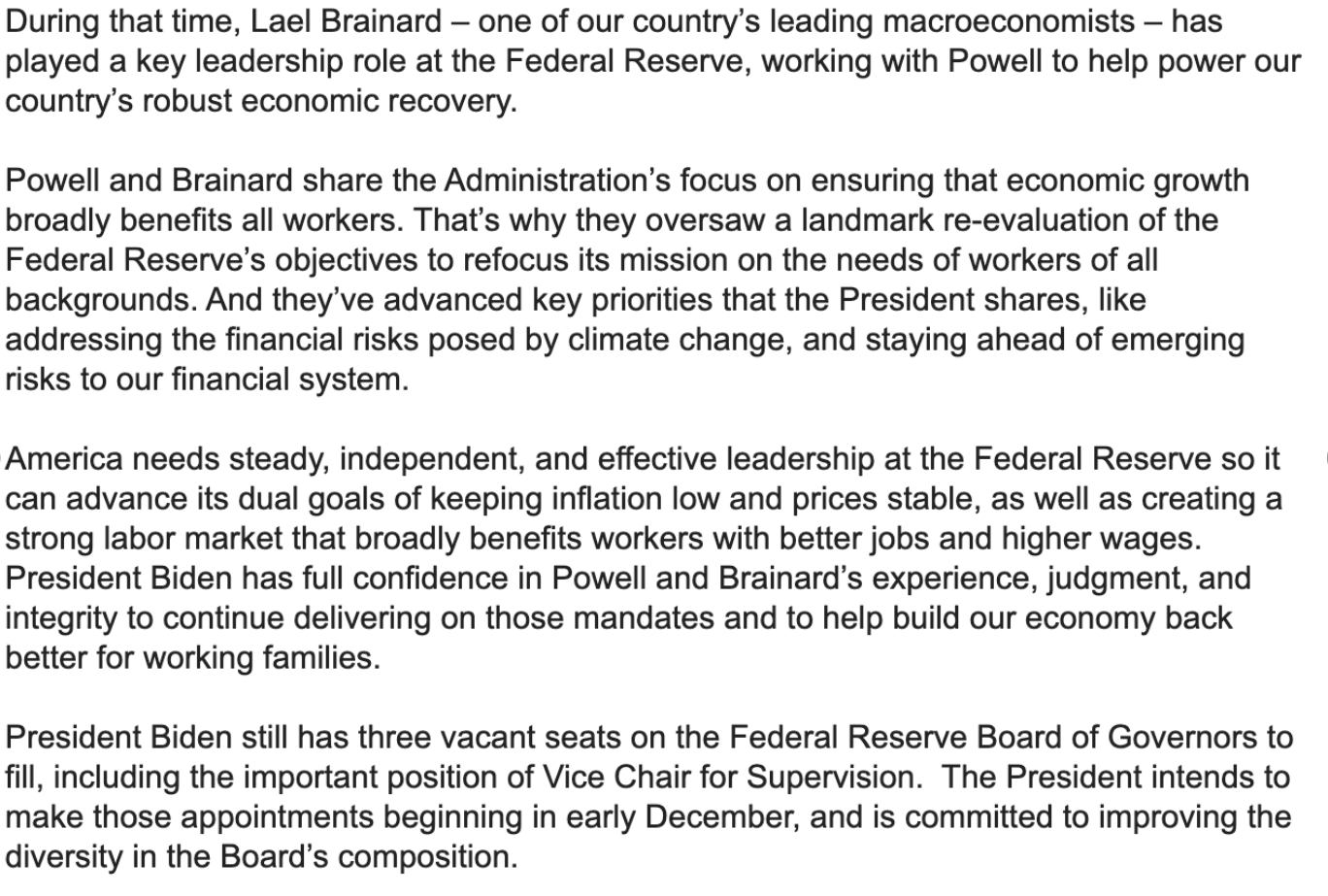