Why the US dollar will rally on the FOMC decision

The Federal Reserve will almost certainly leave interest rates unchanged at 2 pm ET on Wednesday but Janet Yellen may set the stage for a possible June hike by delivering a hawkish statement. Here's why:

The Fed has always been skeptical of breakevens. When they repeatedly pointed to near-nil inflation, policymakers were quick to brush them aside, blaming liquidity. Over time, they've proven to be a better predictor of where inflation is heading and the Fed has warmed up to them.

By subtracting the 5-year TIPS from the 5-year yield, you get a good sense of where the market believes inflation will be. Five year breakevens are at 1.55%. That's still below target but it's the highest since July 2015 and that's good news for the Fed hawks. 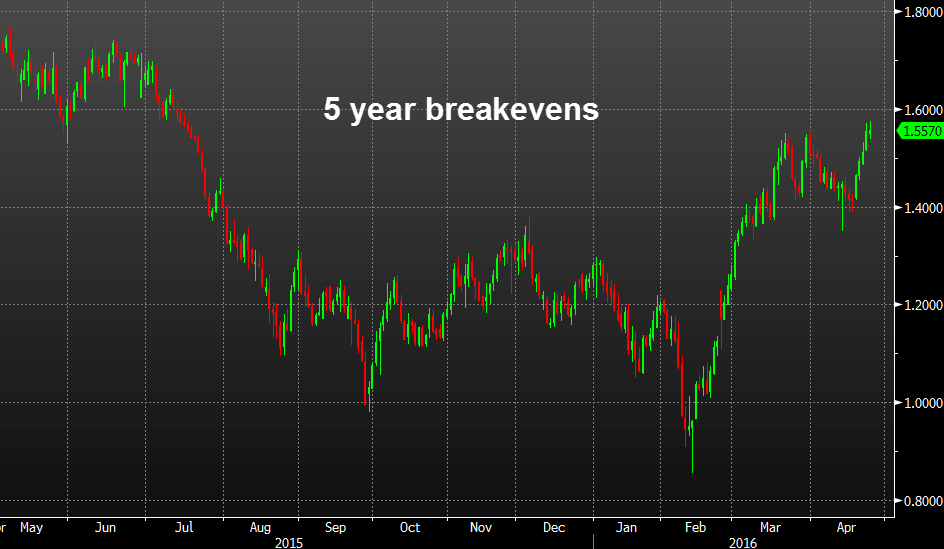 2. The reasons for waiting have receded

'Financial conditions' is essentially a Fed code word for the stock market. When the Fed went to the sidelines in January and stayed there in March, officials were quick to blame financial conditions. Markets were roiled, commodities were under pressure and China was in flux.

Now those fears have almost-entirely faded and the S&P 500 is back close to all-time highs. Meanwhile, China has unleashed stimulus and oil is up 65% -- putting a dose of inflation to the pipeline.

At the same time, the labor market remains a pillar of strength. The economy added another 215K jobs in March and unemployment is at 5.0%; full employment isn't far off.

3.  Fed credibility is at an all-time low

This is a bigger factor then it seems.

The Fed has been wrong for years but it's sent out very clear signals that it wants/plans to hike twice this year. The market has laughed in its face by pricing in only at 60% chance of one hike and just a 20% chance that rates rise in June.

The institution of the Fed demands that markets take it seriously and that's been lost, something that I wrote about last week.

The Fed almost needs to hike this year if it ever wants to hold sway in markets.

Consumer spending and growth are worries.

The Fed expected a rise in spending as the job market tightened. It hasn't happened. The March retail sales control group rose just 0.1% compared to 0.4% expected and the key metric has been muddling along since December.

Meanwhile, inventory adjustments and trade are hurting overall growth. It's highly likely to be only a temporary blip but Q1 growth is forecast at just 0.6% in a report to be released Thursday. The Fed will likely get an early look at the data and that could sway the decision.

How the Fed could unleash a storm of USD buying 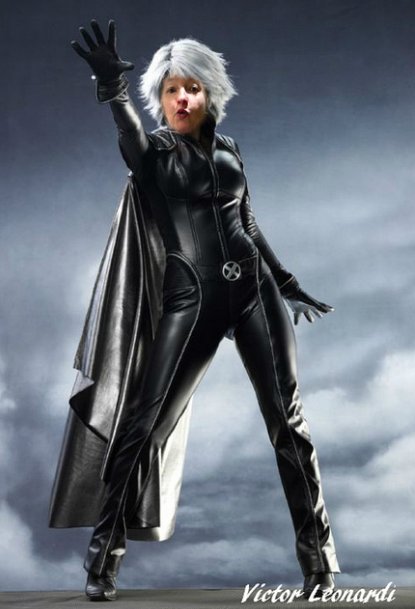 Watch for changes in this line in the statement:

Expect the reference to accommodative to be removed and the shift to something like 'balanced'.

I don't see any potential for any kind of strong commitment to a hike in June but the Fed will want the market at least in a 50/50 position in June so it may go even further than removing accommodative. Given the lack of persuasive power from recent Fed comments, this may be their only hope.

How to trade the FOMC

If the Fed makes the shift, look for the dormant US dollar rally to resume. The main spot I'd look for is against the commodity currencies. Avoid cable because it's rising as the chance of a Brexit dwindles. Stay away from USD/JPY longs because the chance of BOJ easing Thursday may be overstated.