The US political news was already helping currencies against the USD, EUR and yen big beneficiaries

And then it was almost as if the RBA came along and wanted to give the little Aussie battler a helping hand. 'Cause that is what the minutes have done.
Post is here with the summary headlines.
More, from the full text:
And plenty more upbeatness (if that's a word) evident from the RBA. The Statement that accompanied the decision on July 4 was not so upbeat, the minutes are a bit of a surprise.
AUD is much higher, it had a great week last week, and its above those highs today 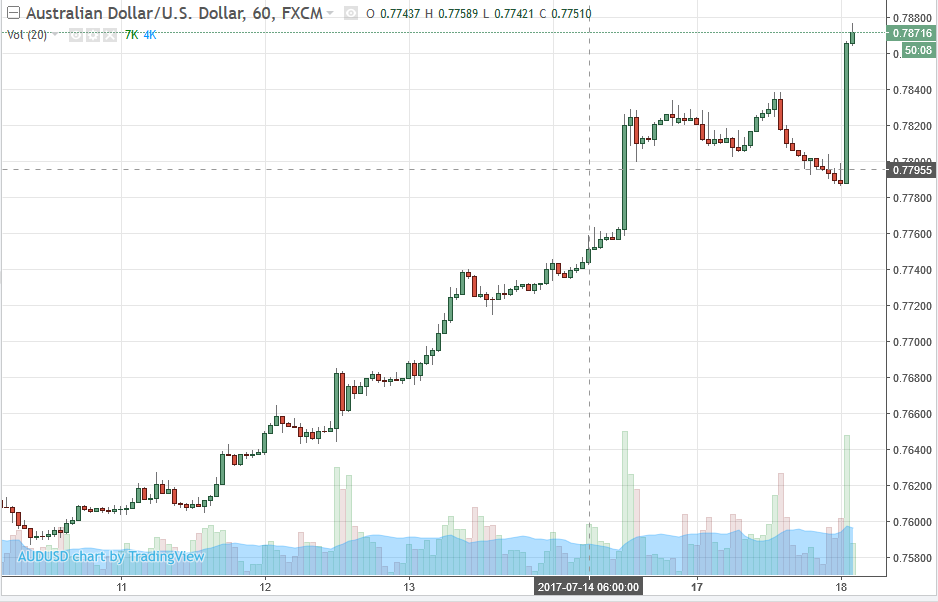