The New Zealand Institute of Economic Research (NZIER) gather recommendations from analysts in NZ that make up the 'Shadow Board'.

Note, the Board does not issue a prediction, its a recommendation:
In brief: 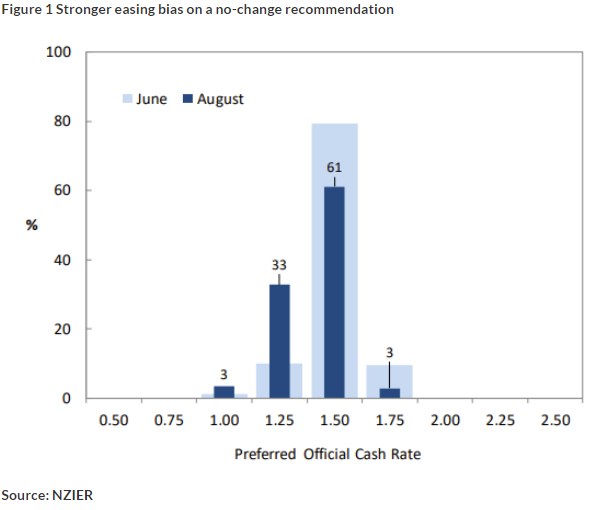 ---
As a heads up, the RBNZ announcement is due on Wednesday August 7 at 0200GMT
ForexLive