Kaplan got the ball rolling as the initial proponent amongst Fed officials of a Fed taper. He had diluted his views just a little and may do so further given the spread of the delta variant in US southern states (that is slowing, thankfully) and the not as strong as expected jobs report last Friday. I suspect he'll remain a supporter of a taper announcement soon though. Even NY Fed head Williams is on board:
Kaplan has hit the financial market headlines in the past 36 or so hours due to his active trading:
There are strict compliance rules in place for such officials trading activity. Kaplan would be a fool to have transgressed these, and he is certainly not a fool. But, is it enough to stick to the law, should he also have been seen to be cognizant of his position as a figure of trust and authority and perhaps have abstained from trading, for example, floating-rate bond products when his institution is engaging in QE? I'll leave it to others to decide. Will sticking to the rules be enough to save him from the mob? We'll see.
Anyway, regardless, while he is a member of the Federal Open Market Committee it'll be worth tracking his remarks today. As a ps. Kaplan does not have a vote on the FOMC this year, but do bear in mind that all members of the FOMC engage in the policy discussion. If you want more on how the FOMC works, I posted this a while back, its a starting point and you can find much more at the Fed website: 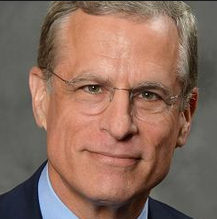