and Treasurer Frydenberg with Deputy Governor Debelle.
When the PM and Treasurer 'speak' with the Gov and Dep Gov it makes you wonder what sort of pressures were applied. If you've been following along you'll be aware of some expectations in the market of increased RBA easing (via an expansion of QE, not a taper) ahead.
Morrison in the Australian Financial Review:
The background to this is the sweeping lockdowns reimposed in Australia covering half the population hitting the economy (not to mention people's health), amidst a super-slow (slowest in the OECD) vaccine rollout hampered by conflicting advice seeding hesitancy amongst the population and a snail's pace supply of the preferred vaccine, Pfizer.
Link to the AFR is here if you want more (may be gated). 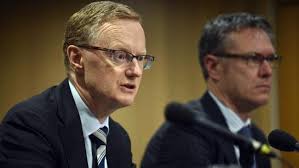