Central bankers believe they have a secret weapon against inflation. They're tragically wrong.

How central bankers will drown us in their arrogance 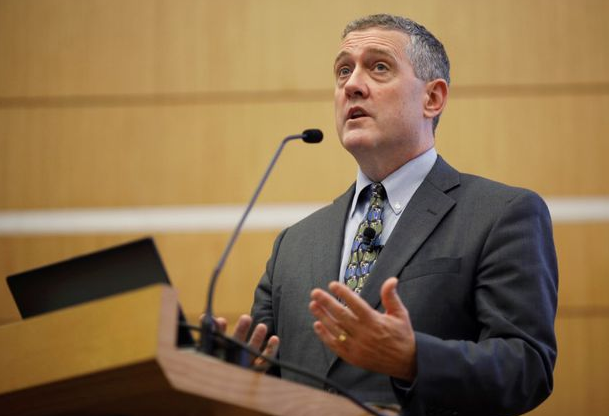 A throwaway line from St Louis Fed President James Bullard has been bugging me over the weekend. On Thursday he was asked about inflation risks like the 1970s, and said the Fed had "very little credibility" then.
The difference now is that he mistakenly believes the Fed has credibility now.
It's particularly laughable line of logic coming from perhaps the least-respected central banker in the world. Today is the one-year anniversary of Bullard saying that Fed policy is in a good place and that he expected economic impacts of virus outbreak would be 'noticeable' in China but 'on a smaller scale' elsewhere' with temporary disruptions to global supply chain.

"We already lowered rates last year and that was billed as insurance against possible shocks and lo and behold we have a shock. We already took out the insurance," Bullard said.

Three days later the FOMC cut rates by a half-point.
This isn't meant to beat up on central banks, it's one of many examples to illustrate credibility. Another would be any of the Fed's dot plots.

Why credibility matters. Why it doesn't

Credibility matters in any field but like Bulllard almost all central bankers themselves believe it's the foundation of their power. They think they've done such a masterful job managing inflation expectations in the past 30 years that their credibility alone will temper inflation expectations (and by extension inflation itself from rising).
It's a blind spot so large it's a black hole that could suck the global economy into it.
In the central bank telling of modern economics, it was their heroic efforts, clear communication and steady resolve that slayed the inflation dragon. It's now so strong that it's a near-unbreakable part of the public consciousness.
In reality, it was one billion Chinese workers flooding the global workforce with cheap labour. It was globalization, trade and technology. It was the demographic dividend of baby boomers and women swelling labour supply. It was the crushing of unions. It was fiscal discipline.
All that is reversing. Trade barriers are going up, populations are aging, China will begin to export inflation and there's a broad political consensus to narrow income/wealth gaps. US minimum wage might not rise to $15 but it's going up. Fiscal deficits are out of control.
Against all that, Bullard and other central bank leaders think their credibility can hold the line. They also mistakenly believe that they can raise rates to counter inflation when it's necessary (as if they'll be able to see it coming next time). The reality is they'll find it nearly impossible to do both politically and economically because they've created a debt trap.
Like everyone, I'm struggling to understand what the upcoming era of de-globalization, aging, automation, deficits and wealth distribution will look like. But I know one thing for sure: Relying on central bank credibility to counter any global inflationary forces is ludicrous.
Invest in yourself. See our forex education hub.