The radical change in Fed strategy isn't getting enough attention 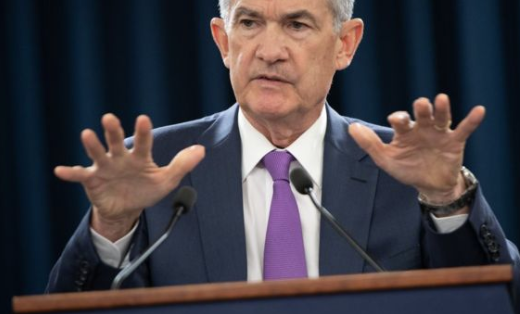 The market doesn't appreciate the paradigm shift that's underway at the Federal Reserve.
The central bank has finally lost its fear of inflation. Years of forecasting an imminent rebound to +2% have given way to the understanding that globalization, automation and the devastation of organize labor are secular shifts towards lower inflation.
They have now embraced that too-low inflation is the battle they're in and they have laid out the strategy to fight it.
The first leg of that is operationally and Powell made it clear on Oct 31 that it will take significant and persistant above-target inflation to merit a response.

"We've just touched 2% core inflation to pick one measure, & then we've fallen back. So I think we would need to see a really significant move up in inflation that's persistent before we would even consider raising rates to address inflation concerns."

That's wildly dovish.
The second leg of the strategy is even more dovish.
Governor Brainard last week called for a complete change in the Fed's entire framework towards flexible average inflation targeting. She said that trend inflation has slipped below 2% and that changes to the framework are needed to raise it.
They're framed as 'preliminary' thoughts but the Fed is preparing to change its entire operational and philosophical framework. So instead of targeting inflation at 2% in the medium-term (always looking forward); it will target average inflation of 2%.
As Brainard said:

If you apply that to the past few years the Fed would have never hiked rates in 2018 because they would have been coming off a long period of sub-2% PCE core inflation. Instead, they would have let it run to 2.5% for an prolonged period.
It's important to note that this is still a proposed change. Dallas Fed President Kaplan weighed in yesterday.

I am open minded about looking at, regarding inflation, an averaging period that's longer than 12 months. Currently the way we look at inflation is trailing 12 months. I think some analytic that gives us an opportunity to look at inflation over a longer time frame than 12 months, which takes into account underages and overages, I'm open minded about that. I'm not willing though to make a commitment on how we're going to act-what our judgment is going to be based on that analytic.

The average core inflation rate of the past decade is just above 1.5%.

The market that's most at-risk in this scenario is longer-term bonds. Yes, front end rates will remain pinned longer but you don't want to be getting paid the current rate of 1.76% in 10-years when inflation is 2.5% and the Fed isn't acting to contain it. Heck, we might still be at zero.
Moreover, once this shift it cemented, you basically put a floor under long-term rates and that spills over into other assets like stocks (it's negative) and the US dollar (it's positive).
Right now, the market is entirely focused on the short-term positives of this strategy and that's likely to persist but at some point the long-term wins out and the jitters start. Ultimately, it's good if the Fed can convince markets and people that inflation really will get off the floor, but we're certainly in the show-me phase of it. There is also plenty of skepticism that the Fed won't have the courage to follow through and will hit the panic button and raise rates after a few months of +2% inflation.
ForexLive