Let me try this post again, the first one appears to have been eaten by the tech gremlins! As was the second one.   Third try …

(Its here, but the post itself is empty: The US administration is reportedly in talks over the Hong Kong dollar peg)
Talks amongst Pompeo and advisers over the HKD peg. Trump not involved yet.
The HKMA maintain a 'band' for the HKD against the USD, they have done so for decades, intervening in markets when necessary to keep the HK dollar confined.
Right now the HKD is at the upper valuation (ie lowest end of the band for USD/HKD) as seen in the daily chart: 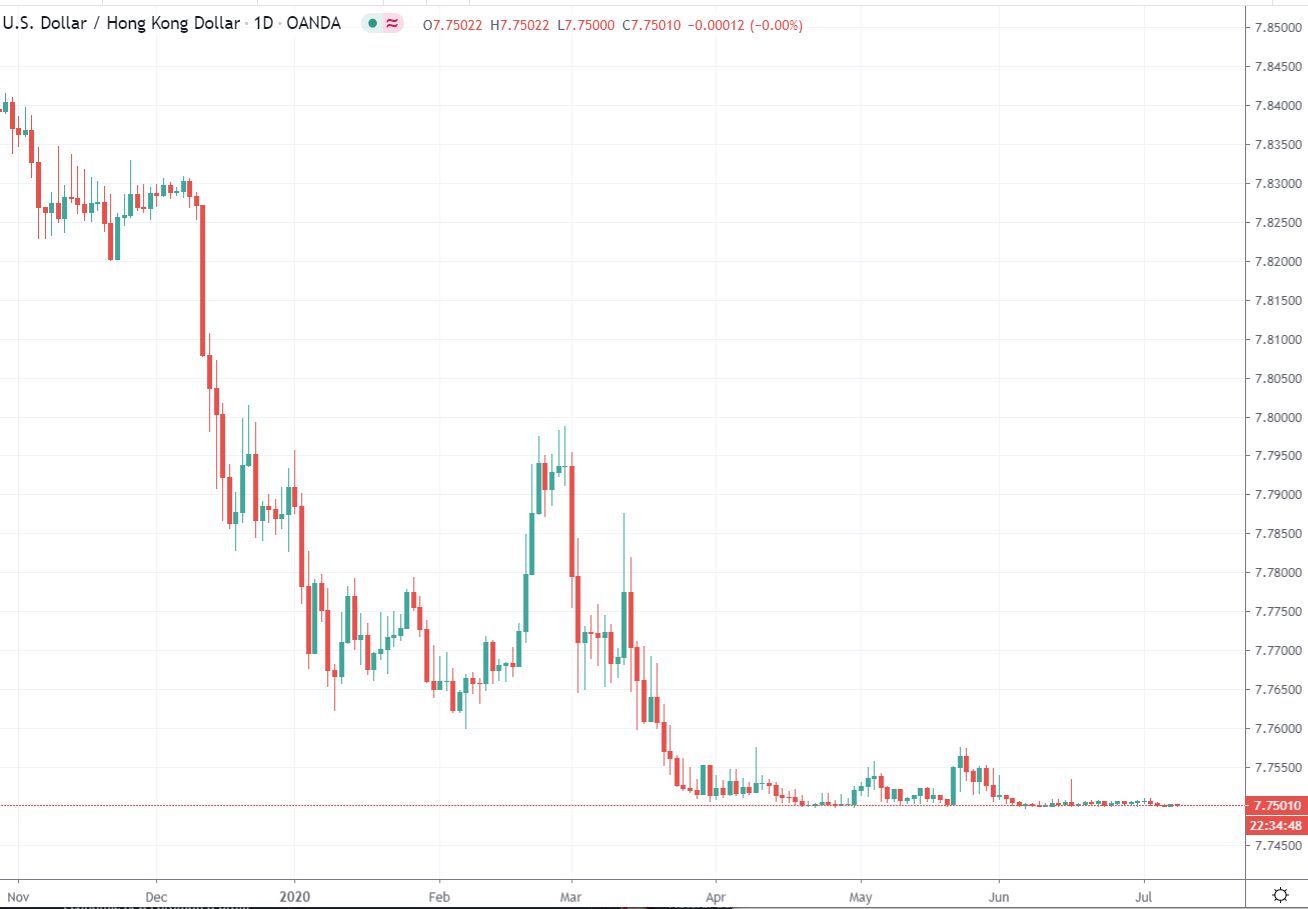