Trump: "Let’s be honest, I’m a low-interest-rate person" (but he'll turf Yellen out)

With Trump the front (and only at this stage)-runner for the Republican presidential nomination, some of his thoughts on policy

(Oh, and I, for one, welcome our new Trump overlord)
Oh, and for Janet Yellen, when her time is up, its up:
MarketWatch has more here 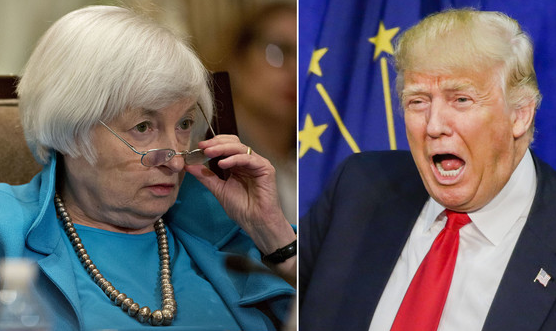 Hands off our Janet!