The Global Times, admittedly a fairly strident sort of source ….

But the concerns they express on the impact of a rapidly falling yuan are those we've been aware of and highlighting since the trade war took a turn for the worse in the recent week or so.
The piece is titled: Defending exchange rate China's top priority
Begins with some background (do note this is from China's perspective):
And goes on (bolding mine … to add to the stridency :-D ):
Full article is here from the weekend
Offshore yuan: 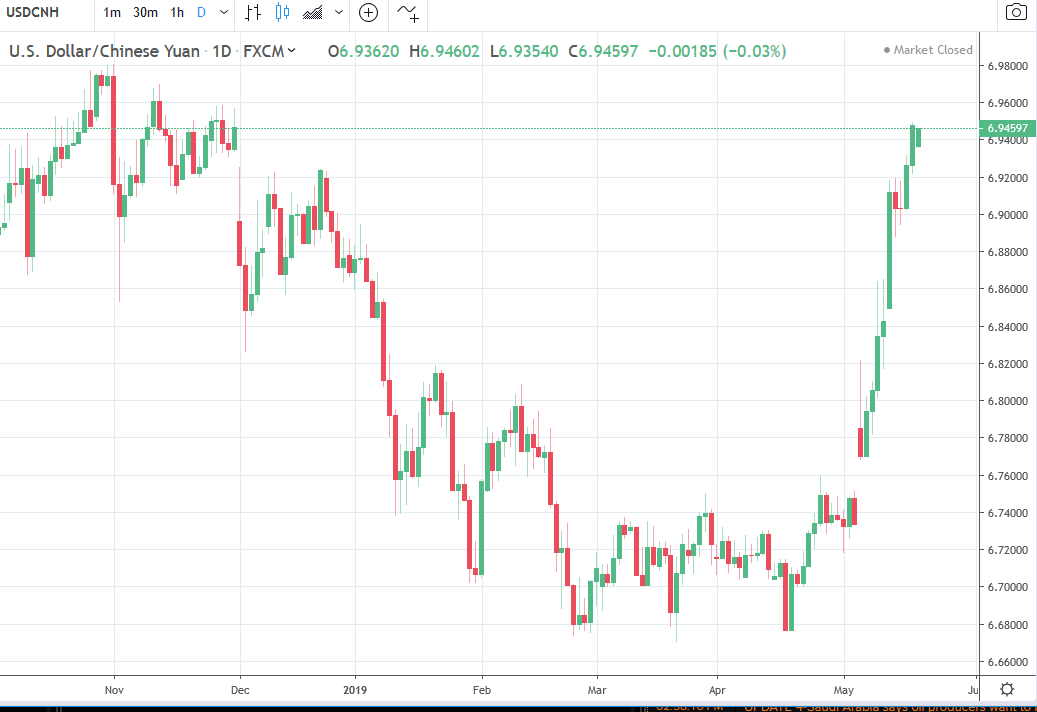