What to take away from the BoC meet last week

What did we learn from the BoC? In a sentence, not a great deal. This was expected to be a 'holding meeting' by the BoC and that was pretty much what it was. Rates kept at 0.25% and QE at $3 billion per week.The main headline bullet points reported were:

A couple of things to note.

Firstly, the BoC noted that core inflation had risen less then CPI inflation. Central banks will be keeping a close eye on inflation to ensure it doesn't run out of control.

Secondly, employment was mentioned and low wage workers, youth, and women continue to bear the brunt of job losses. After the April BoC meeting there were two disappointing job prints in a row. This was due to the rising COVID-19 cases in Canada. However, job openings remain strong, so jobs should pick up from here as Canada is quickly vaccinating its citizens.

Thirdly, this broadly keeps alive the expectations of bond tapering for the BoC in July. The BoC say that,'decisions regarding adjustments to the pace of net bond purchases will be guided by Governing Council's ongoing assessment of the strength and durability of the recovery'.

USDCAD is pretty flat out of the meeting and the USDCAD could be due a retracement from here ahead of the Fed meeting midweek. 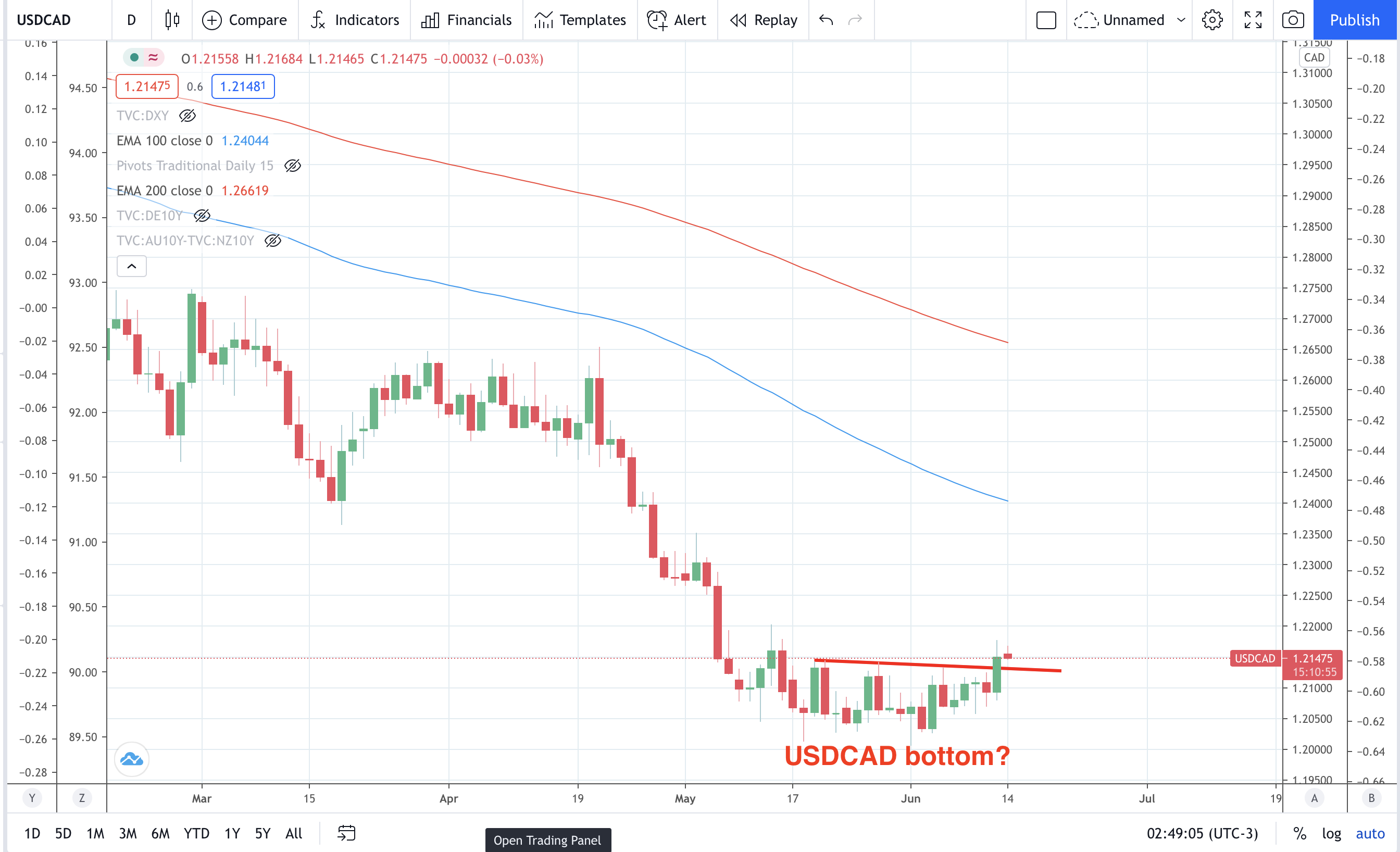