What we learned from the ECB

Why the euro is lower today 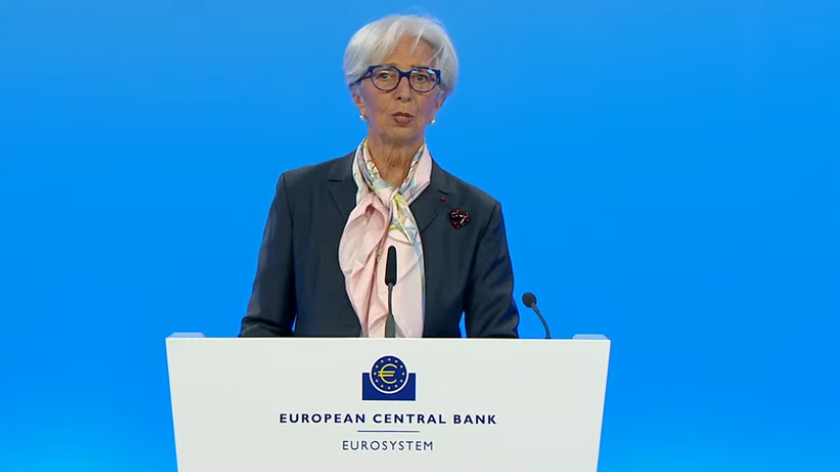 Expectations were minimal for today's ECB decision and they were met.
It was a placeholder decision and there were few hints at what's coming next. The consensus is that the ECB would offer nothing and that's what happened.
Journalists tried to nail down Lagarde on what's coming next on PEPP purchases but she offered nothing. That itself was a negative for the euro, because there was some speculation she would pre-commit to dialing back QE to pre-March levels.
Instead, she emphasized that there's no set level for PEPP and that it will be adjusted based on financial conditions and the inflation outlook.
There was also some speculation that we would see something more upbeat overall given consistent beats in eurozone economic data and ramp up in vaccinations (with more to come) but all she offered was that they expected a 'firm' rebound in activity later in the year and the business investment indicators are better. That was hardly a BOC-style upgrade to a +6.5% GDP forecast but it did momentarily lift the euro.
Lagarde offered a hint on why she wasn't more upbeat, vaguely noting that other economies have received a much stronger fiscal response. She repeatedly fell back on the virus and the uncertainty around it.
As the press conference was winding down the euro tested the 1.2022 session low but couldn't break it. I believe the euro selling was more about broad USD buying than anything we learned at the ECB, though there were certainly some people looking for a bit more optimism. 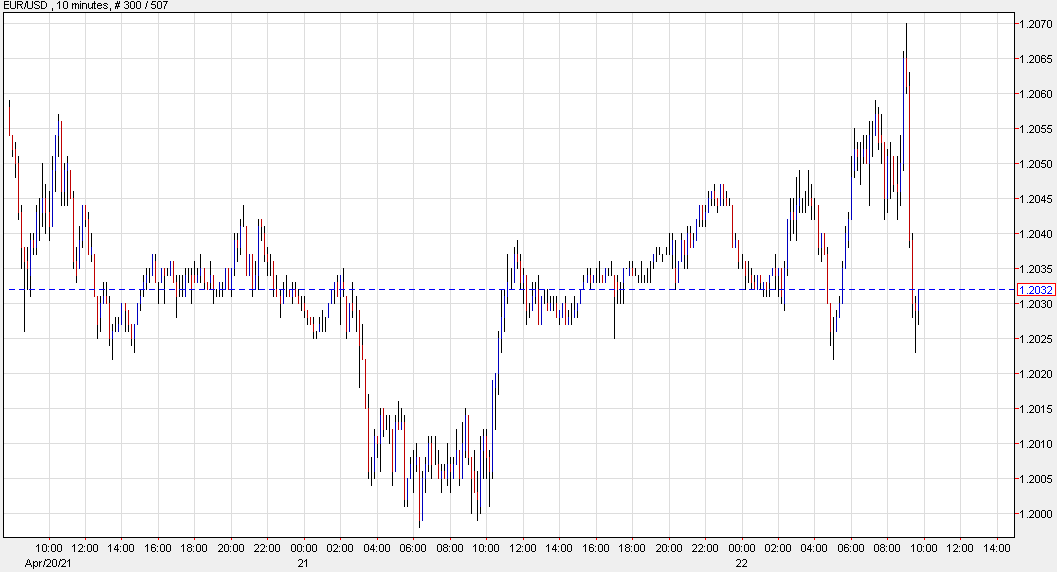