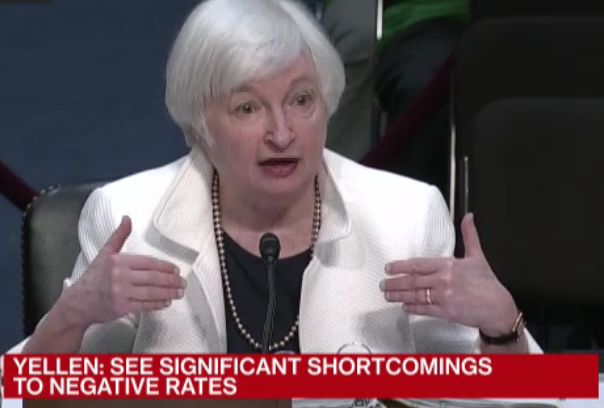 Yellen said she sees significant shortcomings to negative rates, but insists the Fed does have a legal basis to pursue them.

That's important because a recession is coming, eventually. The Fed will need to do more at some point and the market will want to know what's in the toolbox. If you assume more actions will eventually be taken, that's good news for gold and bonds.

She later added that if the US economy were to be hit by a shock, the Fed would rely on tools it has already used, so there are mixed messages here.