Bitcoin back above the $10K level

Chair Powell talks about digital currencies in his testimony

The price of bitcoin is currently up about $420 at $10,286.   The price high reached $10,400. That is the highest level since the October 26 swing high peak which took the price up to $10,540.49.
Chairman Powell comment about digital currencies in his testimony on Capitol Hill by saying:
The talk of a digital currency used in the US as a proxy for the dollar is different than bitcoin, but when the social record talks about digital currencies, bitcoin can be expected to rise as well.  The chair is not looking to moved to a global digital currency.
Regardless the price did move to the upside. 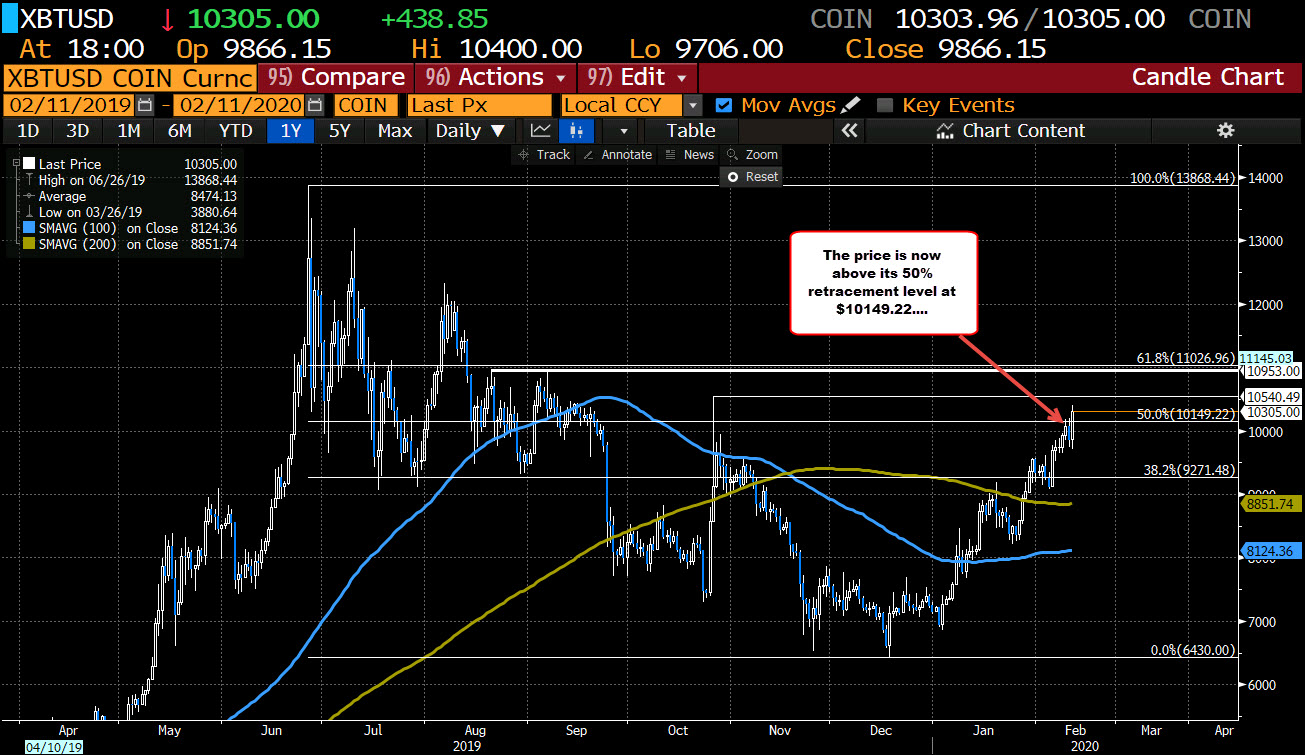 Technically looking at the daily chart above, the price rise did take the price above the 50% retracement of the move down from the end of June high to the December low. That level comes in at $10,149.22. We currently trade above that level.  That is more bullish from a technical perspective. Stay above and the bulls remain more in control.
Keeping on the daily chart the next target would be the end of October hi price at $10,540.49.  Above that are August and September highs around the 10,953 level and the 61.8% retracement of the move down from the June high at $11,026.96.  Those are upside targets on continued momentum.
Close risk from the daily chart would be the 50% retracement level at the $10,149.22 level.  A move below would take some of the bull out of the break higher today.
Drilling to the hourly chart below, the price of bitcoin fell below its 100 hour moving average in trading yesterday and approached its 200 hour moving average and lower trend line at the lows today.  However the price was able to stay above each of those levels, and the upside momentum was restarted. Him him
There is a topside trend line on the hourly chart at $10,328.  The price on the move higher was able to extend above that level, but the price quickly rotated back below.   We currently trade just below that level.
If the price can extend above that level, that would help the bullish bias and should lead to a further probe to the upside with the end of October high as the next target (at $10,540.49). 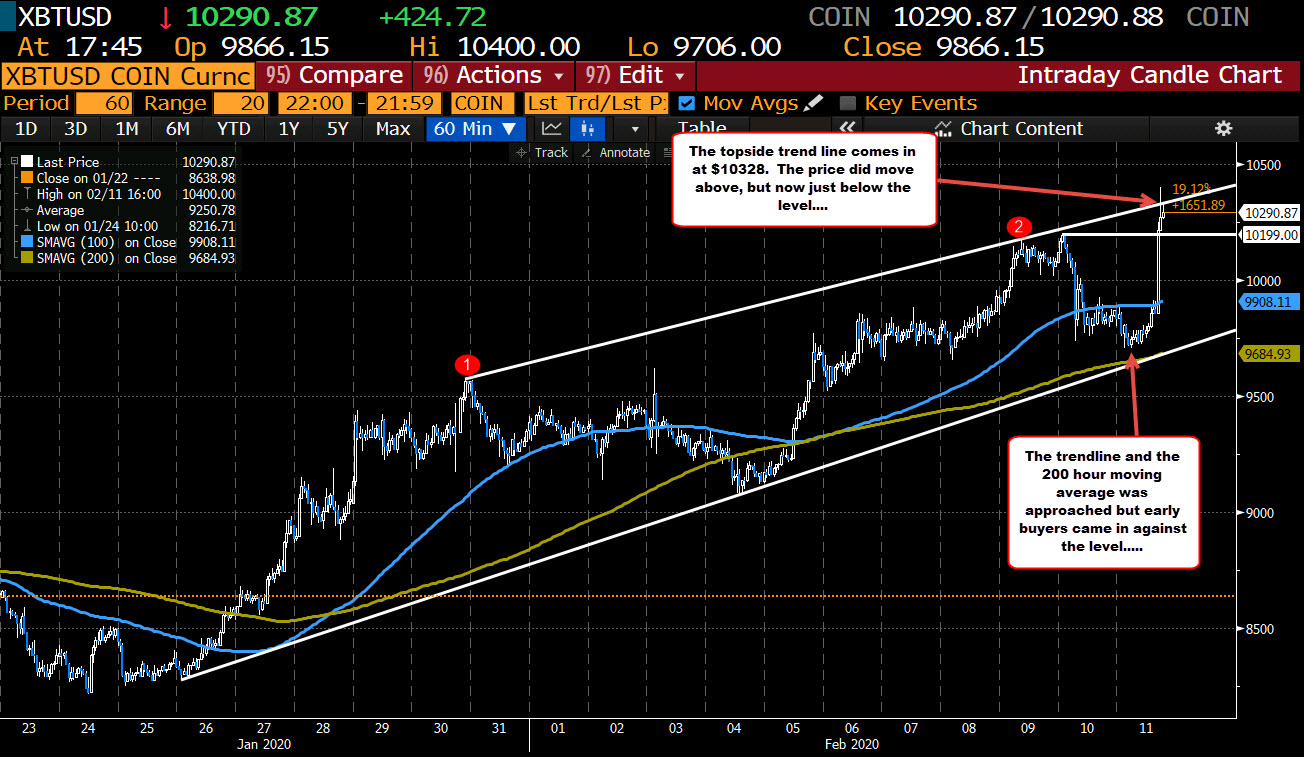