5 month low for the digital current

the price of bitcoin has fallen sharply in trading today.  On Coinbase, the digital currency is trading down $585 at $7535.  The low for the day reached $7448.53. That took the price to the lowest level since June 5. 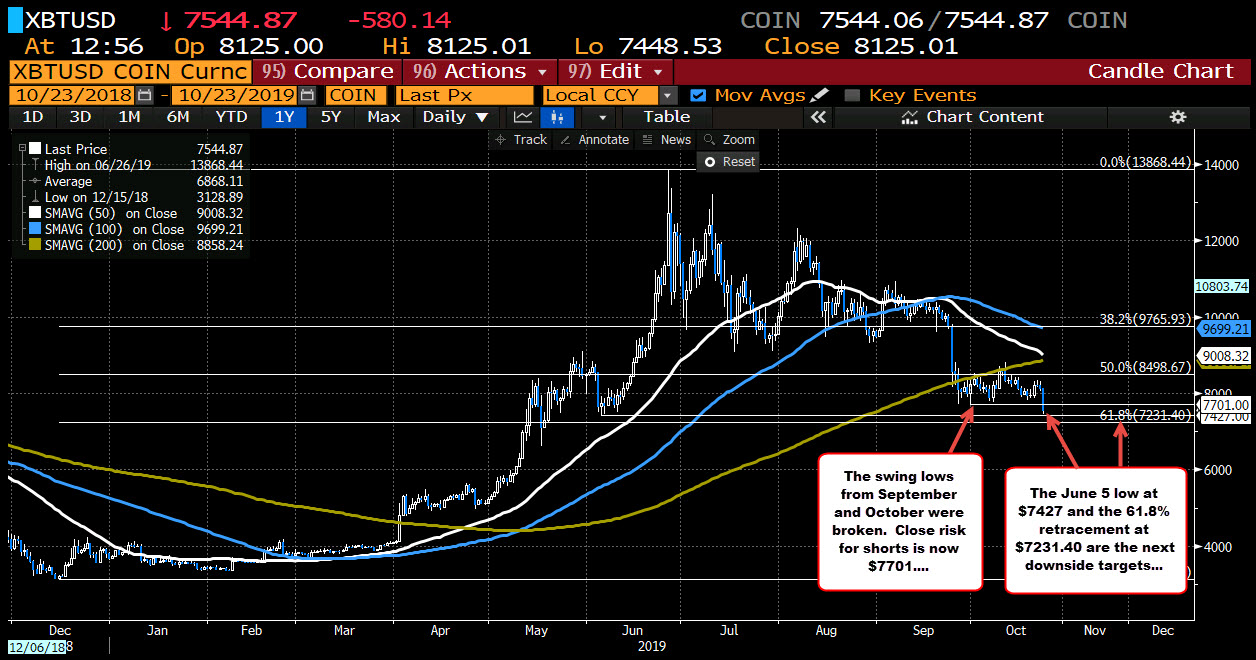 On the run lower the pair fell below the September and October lows (see the daily chart above). The lowest of those swing levels came in at $7701. That is now close risk for sellers.
The next target on the downside will be the June 5 low at $7427.  A break of that level look toward the 61.8% retracement of the move up from the December 2018 low to the June 2019 high. That retracement level comes in at $7231.40.  Fallen below that level opens up the door toward the may 17 low at $6600.
The price of bitcoin move below its 200 day moving average (green line in the chart above) on September 26.  Since then, there have been 4 days when the price traded back above that moving average line (the last time was on October 11), but there have been no closes above that key moving average.  The price has also remain below its 50% retracement at $8498.67 also since October 11.
Drilling to the hourly chart below, the price tried to extend above its 200 hour moving average over the last few days, but that run higher failed.  Late yesterday/early today, the price fell back below the converged 100 and 200 hour moving averages (blue and green lines) and the buyers turn back the sellers. Those moving averages currently come in at the $8072 to $8094 range.  Those moving averages will also be bias defining levels for traders going forward.  Stay below is more bearish.  Move above tilt the bias back to the upside. 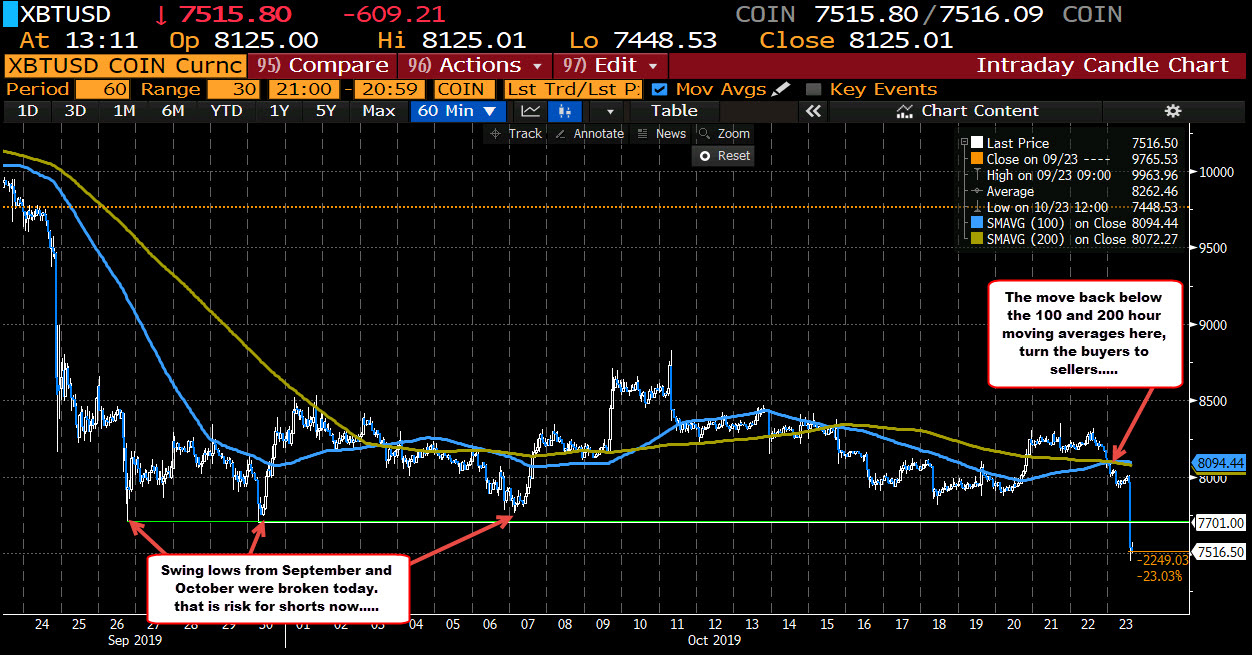 For now, with the price below the $7701 swing low from late September, and the 100 and 200 hour moving averages  up at $8094 , the bears remain in control for the digital currency.
Facebook's Mark Zuckerberg will be grilled on Capitol Hill today on their Libra initiative.  The expectations are that the Congressional leaders will not be 2 supportive of their proposal.
ForexLive