Bitcoin may be usurped by Tesla for now, but still looking toward $10K

Trades at the highest level since October 28. 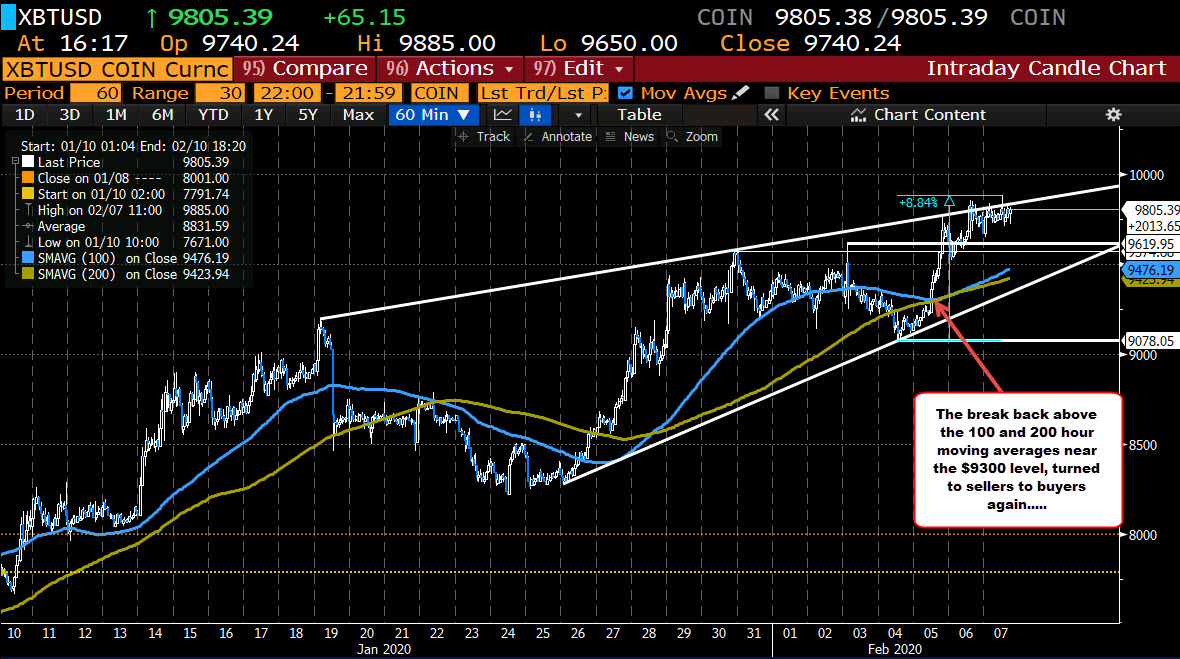 Looking at the hourly chart above, the price has been moving to the upside since bottoming on Tuesday at the $9078.05 level. The high today that the price up 8.84% from that low. It's not Tesla but it still was a good rebound to the upside off of the low.
During the week, the price did trade below and that back above its 100 and 200 hour moving averages. Those moving averages tend to define the bias for the digital currency. Stay above is more bullish.  Move below is more bearish.
In the trading this week the price did move below the 200 hour moving average on Tuesday, but on Wednesday when the 2 moving averages were converged near the $9300 level,  and the price moved back above each, the sellers turned to buyers and the price extended higher.
The 100 hour moving average is currently at $9476.19 and the 200 hour moving averages at $9423.94 (with each rising) . It will take a move below each to turn the bias back to the downside. Until then, the buyers have more technical control.
Now, there may be sellers that lean against the $10K level. However, I would expect if broken, there would more by momentum in the direction of the break.  So don't risk a lot on the trade.
For now though, things are looking good for bitcoin investors with a key level looming above.... It may not be Tesla, but perhaps it is better it isn't too.