Bitcoin down for the fourth day in the past six

Bitcoin has been sucked back into the early-August range after a $500 decline today to $11,230.
It continues to consolidate after the late July breakout. Last week it hit the highest in a year but it's lost some momentum here. Looking at the chart, it could be forming a head-and-shoulders short-term top. If so, it may dip down to $10,500 and a retest of the February range. That area and $10,000 should be attract strong bids. 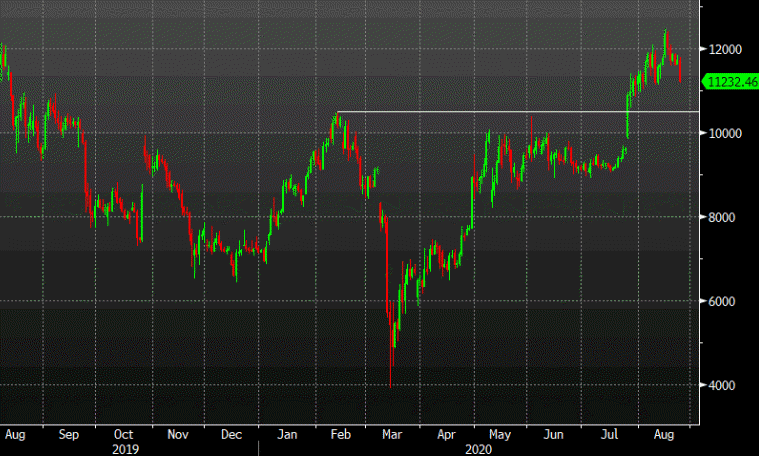 Bitcoin and gold have both stalled at the moment. I imagine that much of the speculative demand is shifting to high-flying tech names and options trading. Not even a 15% rally from July is rich enough, quick enough for this market.