Bitcoin stumbles... and then falls. Bearish. Price moves below and away from key MA level.

The price of Bitcoin on Coinbase fell toward the 200 day MA on Tuesday and again yesterday (green line on the daily chart below).  The price did dip below the MA line (it was $8296 yesterday) but dips were met with buyers. It spurred on my post from late yesterday titled "If you like Bitcoin, this is the area to buy". 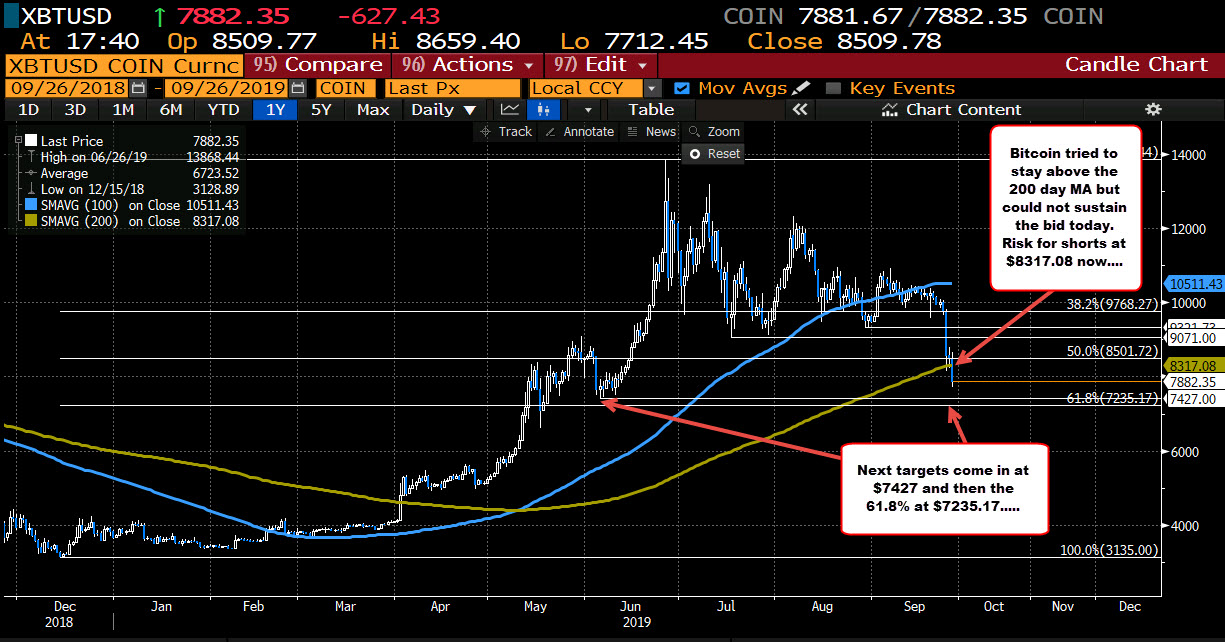 That trade came with a caveat though.

Now, I would not fall in love with a long.  If the price starts to trade comfortably below the 200 day MA I would exit. But if it holds, who knows with the digital currency. It would take a move back above the 50% (at $8501.72) and stay above and a move above the July low at $9071 to give buyers some additional comfort.

So what happened?
To see, you have to look at the hourly chart below. I have put too horizonal lines 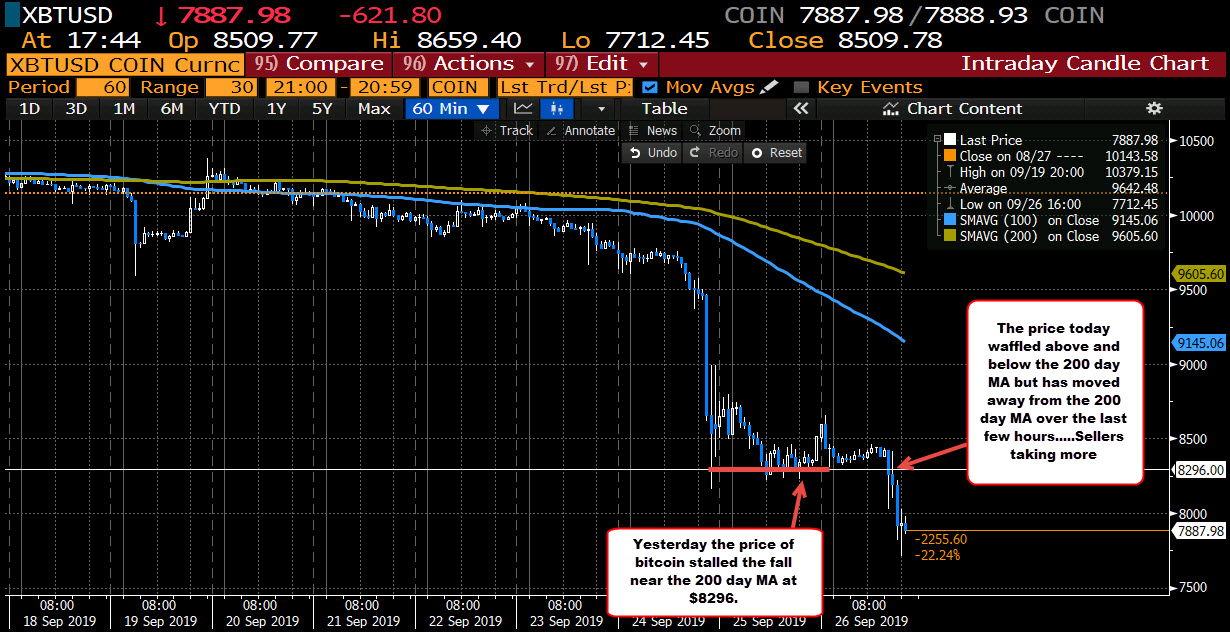