Crypto down across the board 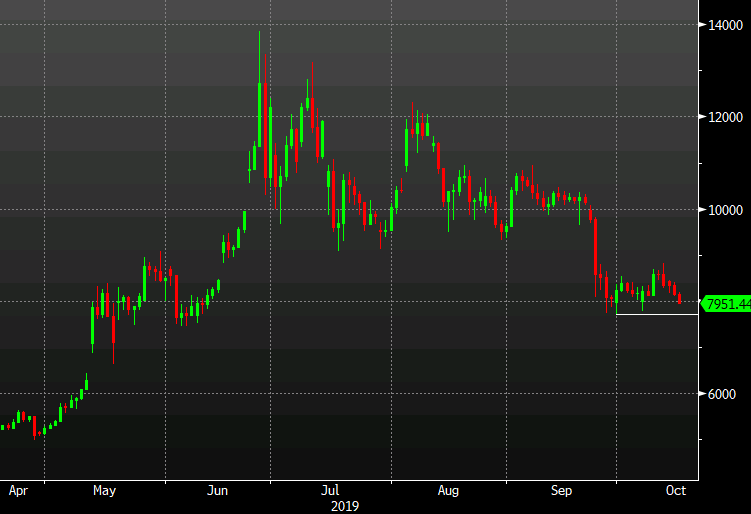 Police worldwide today have touted an operation that resulted in the shutdown of a website called Welcome to Video that was located in South Korea and was described as one of the world's biggest marketplaces for child pornography.
Officials arrested more than 300 people in 11 countries who used the site. American officials said the site contained 250,000 unique videos and 45% of them were previously unknown.
Interestingly, the investigation was led by the US IRS, who unmaksed users hiding behind Bitcoin transactions.
Bitcoin is down 3.8% in the past 24 hours. Ethereum is down 5% and XRP down 3.5%. Selling has accelerated in the past 30 minutes and ETH hit a nine-day low.
Technically, watch $7725 in Bitcoin, which was the September low.
The ability of authorities to track crypto payments -- or at least Bitcoin payments -- is not a surprise. However it shows that it is being actively used and could extend to other darknet and criminal activities.
This is the most-depressing chart you will see today: 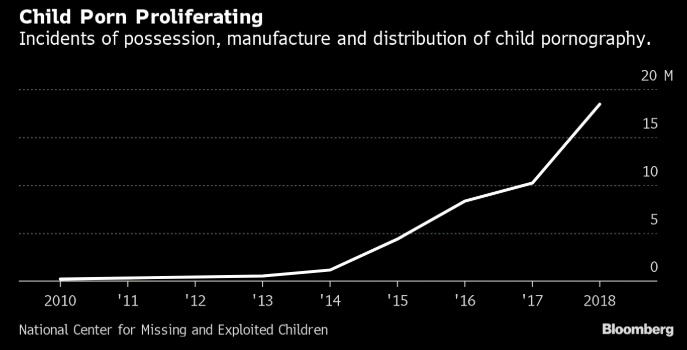